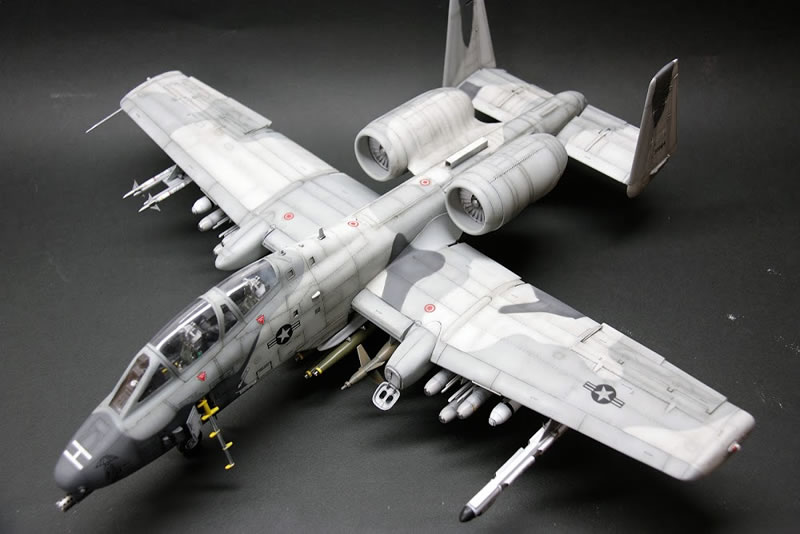 After a lot of struggling with this model I finally was able to finish it.

The model as an early Trumpeter is not perfect, it has a lot of errors and a lot of work is needed to do it properly so I wouldn't recommend it to beginners.

I add resin cockpit (in set was also a resin gun muzzle), Eduard exterior and armament sets, another metal gun muzzle for gun on a trailer and additional model of VW Beetle from Airfix (a terrible, terrible model). Trailer is a scratch build, a few details were added to resin engines from the kit and to the gun (from kit) on a trailer - especially the ammo belt.

The model was painted in three tone grey camouflage called Flipper. I know it was not used on A-10N/AW (as it only existed in one prototype) but I liked it much more over a standard grey-green camo.

I only add a little of oil wash and weathering. No dust pigments were added as I wanted to keep it quite clean.

Just to mention as one of the inspirations was probably well known old photo of VW Bettle compared to GAU-8 gun.