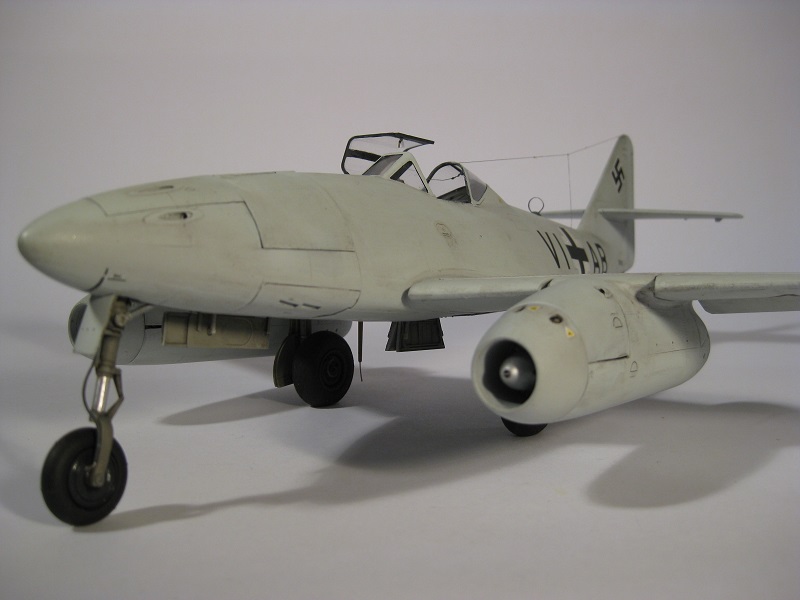 This is my rendition of Me 262 prototype No 7, serial number 130002. Awaiting completion for more than five years, I recovered it some weeks ago.

I haven't used any aftermarket stuff, but added a lot of detail instead, especially to the main gear bay and the turbojet engines. As I wanted to open up the nose section as much as possible, I custom-molded a pair of lead-weights to fill the hollow spaces below the gun bay. In addition I have shortened the metal main wheel struts by three millimeters (or was it five?).

Code letters are self-printed, the octane triangles are 1/72, because the kit's decals are way too large. Finally I've made both canopy and gun bay doors movable by creating simple 0.6mm injection needle hinges. 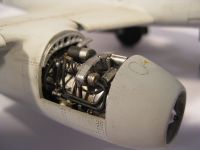 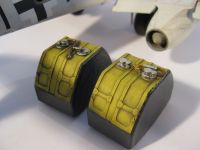 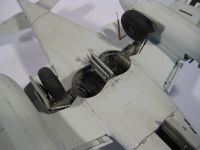 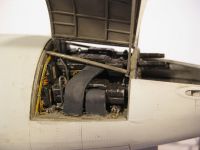 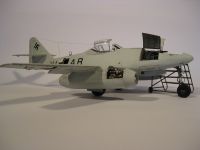 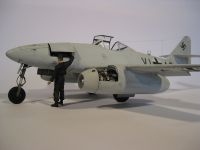 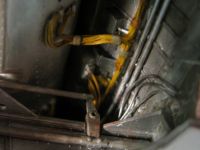 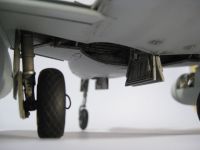 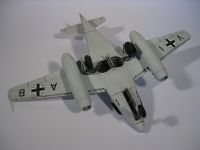 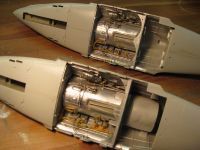 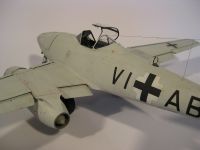 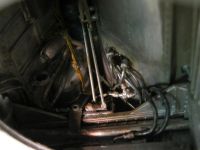 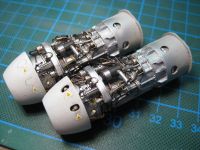 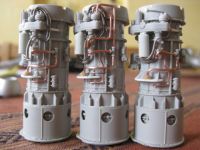 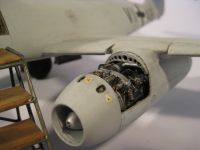 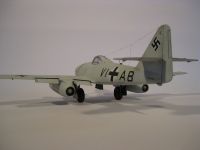 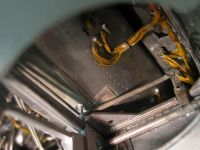 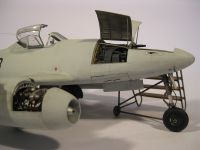 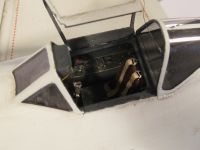 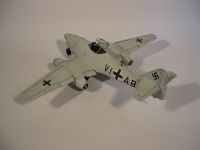 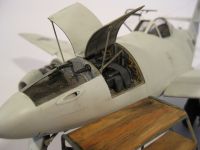 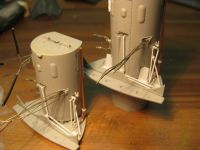 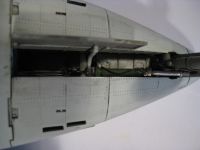 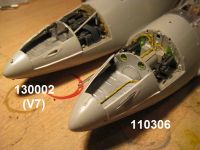 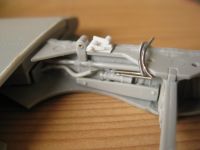 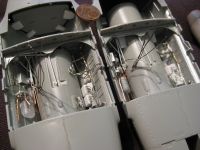 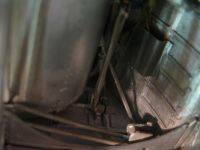 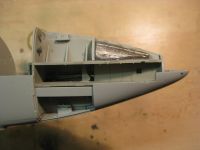 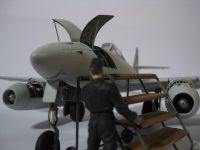