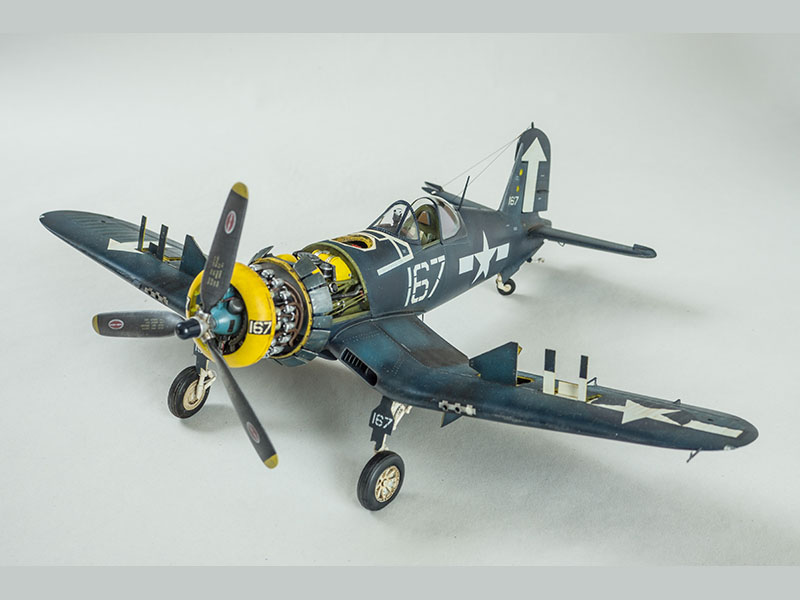 With the excellent kit of Trumpeter I tried to represent the aircraft White 167 of Lt.Roger Hedrick of the VF-84, which was active from the aircraft carrier USS Bunker Hill in the Pacific in 1945.I want add a little more detail on this very special aircraft, I purchased the excellent set of Grey Matter Corsair engine bay GMALB 3203, and decals No. 32 018 of Techmod. Certain set of Grey Matter intended for the corresponding Corsair of Tamiya. So I had to modify it so that it fits properly in the kit of our own manufacturing .You can say that I struggled enough at this point . There were constructions as follows : gun bay, engine bay, landing gear cockpit , fuel tank , antenna wireless , cowling and opened some variation panels painted with excellent colors Gunze: H5 Blue, H55 Midnight Blue and the bottom of the vessel H11 Flat White. The interior was painted with H58 interior green and H 4 Yellow Gunze. In the end the aircraft sprayed with acrylic matte varnish WINSOR-NEWTON from the series Galleria. 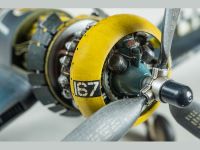 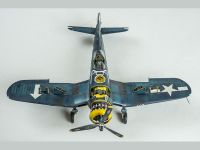 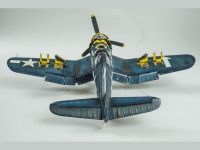 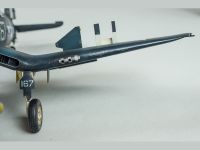 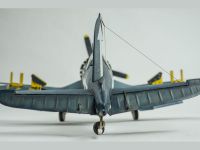 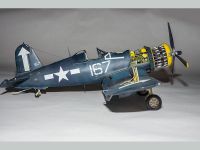 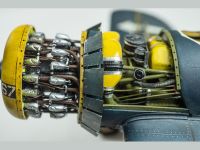 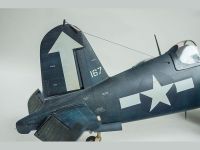 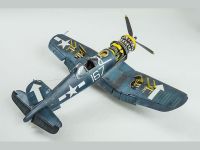 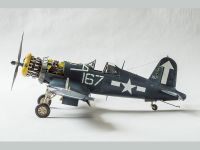 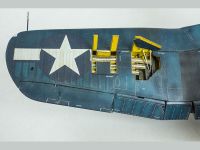 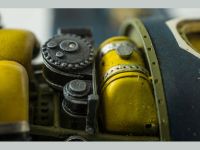 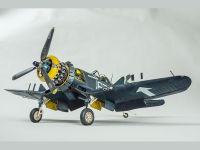 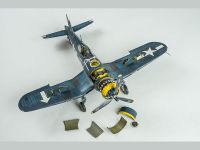