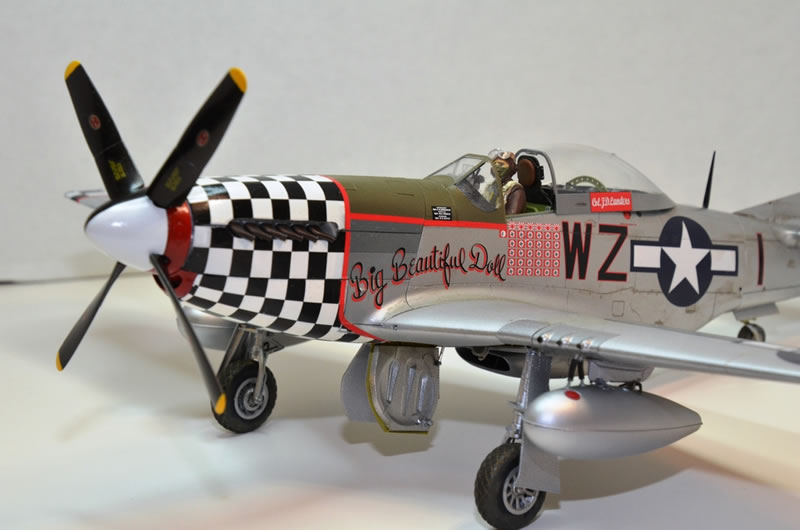 This is my first large-scale build having built almost exclusively in 1/48 and starting with the Tamiya P-51D was quite a treat.

This is not quite an OOB build, using some photo-etch from Eduard in the engine compartment (and conveniently covered up, UGH!) and the cockpit (ditto - using the pilot figure was probably not my brightest idea ever). The HGW Seatbelts were not easy to get together - for me anyway - but really look good in this scale compared to the nightmare they were in 1/48! The decals are a combination of Zotz checkers for the nose, Big Beautiful Doll and the wingtips checkers are from EagleCals and the rest from the kit itself.

If you followed along with the build thread you know about the issues with the nose checkers and other fun I had with this terrific kit. 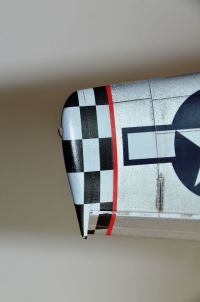