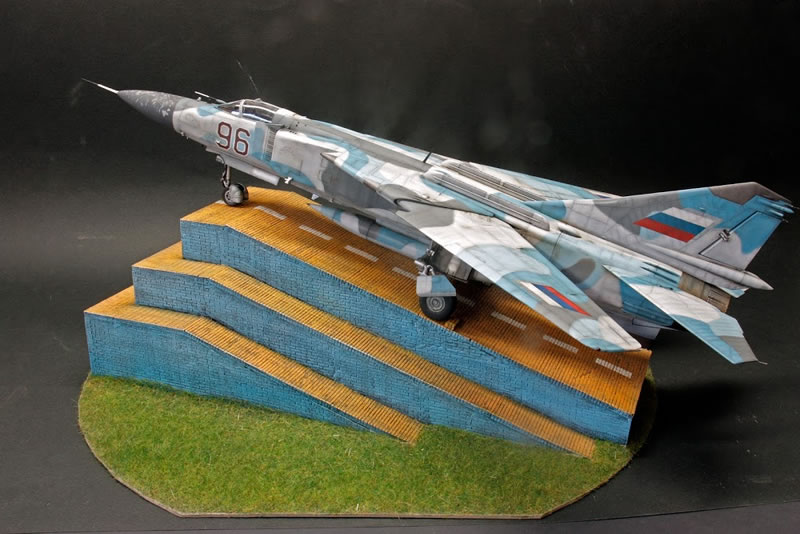 Somehow I managed to get to the end of journey with quite good model of Trumpeter's MiG-23.

I've add resin set from Aires (cockpit, exhaust, wheel bays, etc), air scoops from Quickboost, pitot and static dischargers from Master and questionable wheels from Armory. Also I did some wiring to the engine and to the landing gear.

Additionally I used a countless number of magnets used as well on aircraft frame and wings and on pylons/missiles/bombs etc.

Reason for this that model, camo scheme and base were inspired by a photo of a real monument with MiG bort 96. Usually such aricraft do not have any armament so I've decided to do payload as a plug and play. In this way you can attach any kind of bomb or missile you want in various combination as I did almost 30 different weapons.

It was quite occupying task but effect if very interesting. Additionally the whole rear part of plane can be detached and set on the cart to show engine and it's mounting.

Finally the part of the base with monument can be removed showing another version of base with the imitation of asphalt airfield.