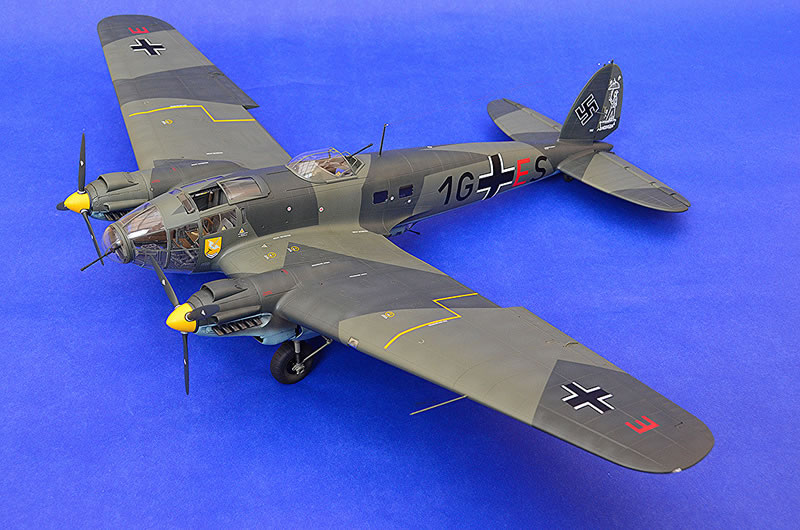 I started this back in the summer of 2015 as a 'pick it up and do a bit as you fancy it' build, and I've been working on it on and off for the last 6 months or so.

I have built it more or less out of the box, but I did add some Eduard detailing for the seatbelts and instruments etc, as well as some brass barrels for the guns as the kit's are undersized.

It was an absolute joy to build and went together beautifully - very little filler was needed and it proved to be a completely trouble-free project. The only tricky and more time consuming part was the extensive glazing which required careful masking and painting both inside and out. All that glass and no protection 'up front' makes you realise how exposed these chaps were when a fighter sprayed that area - it doesn't bear thinking about the carnage that would ensue in the nose when under attack.

Xtracolour enamels were used throughout, with the kit decals also being used which were flawless. The swastika was not included so this was sourced from an Xtradecal sheet, and the whole paint job was finished off with a spray of Humbrol flat varnish.

If you're thinking of venturing into larger scale models I'd heartily recommend this kit - it was an absolute joy.