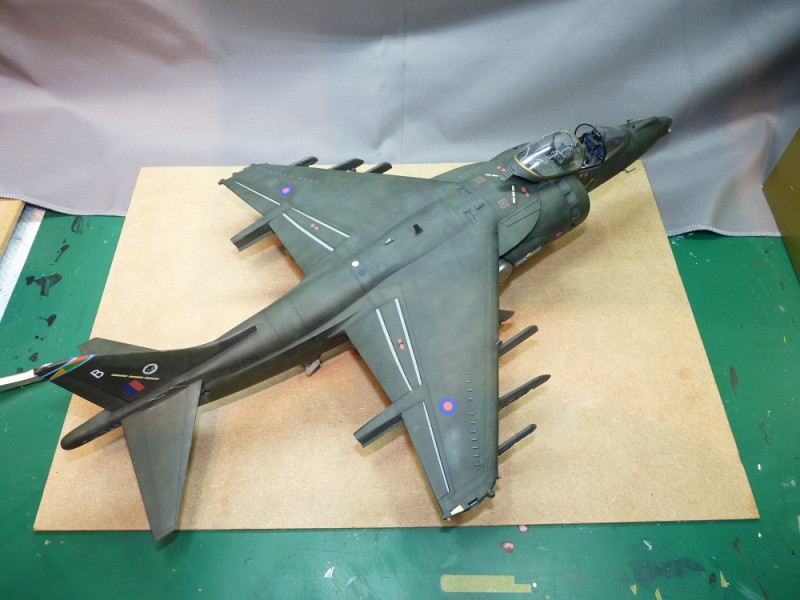 Finally got this one finished. It wasn't a difficult build, it just needed a fair bit of correction work done on it. I've read that Trumpeter just took an AV8-B, made up few different parts, bunged' em in the box and called it a GR.7.

I decided to do a Nato green versh as I hadn't seen one done in this scale before and most people tend to go for a grey version as you at least get a fair decal sheet for one I suppose, although a GR.5 has since appeared while I was building this one, and very nice it is too.

Here's a brief spiel of what I used:

Here's what I did:

A quick note about the yellow arrows on the nose below the cockpit, these were cobbled together from a 1/48 FGR phantom as these had the words "rettung" and "rescue" which the Nato green Harriers had also, rather than just the word rescue. Then also solid yellow, not just the outline.

I've still got to fit the pylon sway braces by the way. 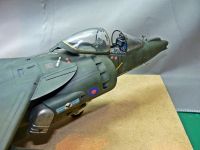 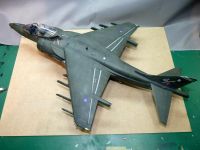 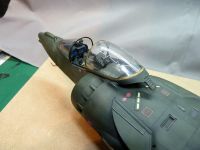 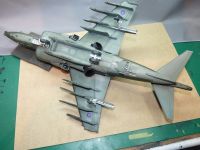 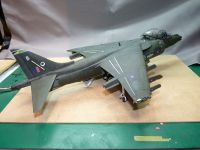 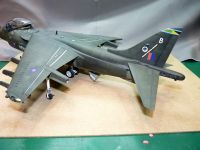