This is the old 1969 release of the F-4J Phantom II. The same I did to the F-4J that is in the jet gallery, I went overboard loading it with extras. This kit has its faults, but as Dr. Menelos has shown, these puppies can be made into something that is worth the effort. The following shows what and how it shows in the photos. 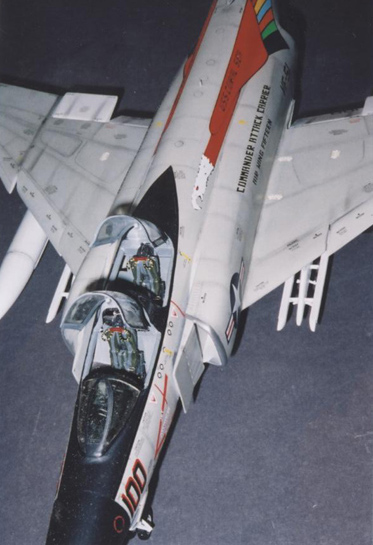 One last thing. I would like to express my thanks and gratitude in sending cockpit tubs and pieces for helping me complete this project to Jarrod Cunningham and Ron Hoover, a BIG thank you!