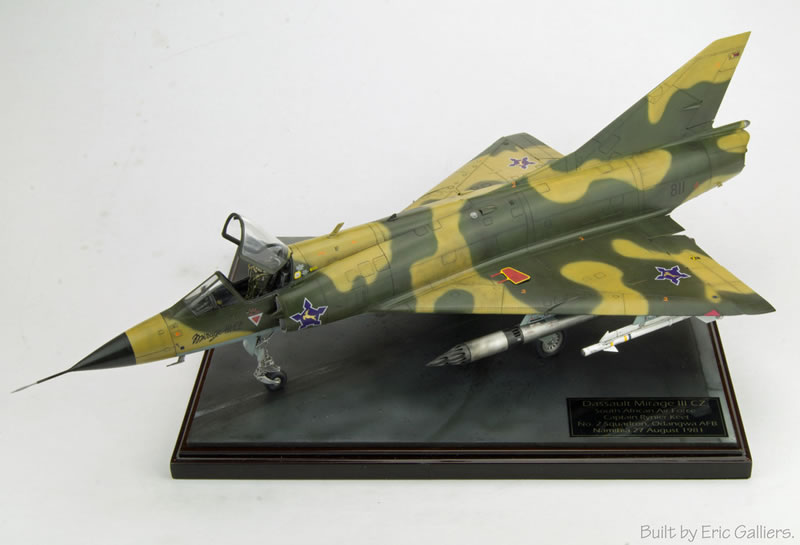 This is my interpretation of how this aircraft appeared in 1981 whilst deployed in Namibia as part of the SAAF's border war with Angola. I was lucky enough to get in touch with an ex-SAAF Mirage driver, Rynier Keet, who flew this aircraft in a particularly dangerous mission where he was struck by a shoulder launched missile.

Firstly, a bit about Rynier.

Rynier Keet joined the South African Air Force in January 1969 and started his flying training in June of that year. During his distinguished career, he flew many different types including Harvards, Impalas, Vampires, Sabres and various types of Mirages, ending his flying career on Cheetahs. He saw active service during the Border war with Angola during the early eighties, flying combat missions in various roles including strike missions, and air defence. He retired from the SAAF after 21 years, ending up as the Commanding officer of No.5 Squadron where he led the introduction of the Mirage-based Cheetah E.

Rynier’s first combat mission was as a 30 year old Airforce Captain strapped into his Mirage IIICZ on quick reaction alert, ready to defend Ondangwa airbase in South African held Namibia as part of No. 2 Squadron, which was part of Operation KONYN. He was the wingman to another Mirage of No. 2 Squadron when they were scrambled to intercept some Angolan Migs that were picked up on radar heading towards the base. Luckily, the Migs turned back before any shots were fired. A week later on the 27th of August 1981 he was tasked to carry out a ground attack mission against a 23mm anti-aircraft site, located at the SWAPO / FAPLA held town of Ondjiva, just 96 Kilometres over the border from his base. Armed with 2 Aim-9B sidewinders and 2 Matra JL-100 combined 18 shot Rocket pod/fuel tanks. It was during this mission that his Mirage `811’ was struck in the tail pipe by an SA-7 shoulder launched missile. After successfully firing his rockets at the target he turned away to exit the area and was immediately engaged by the heat seeking missile, locking on to his jet which was in full afterburner. A large hole was ripped in the rear of the Mirage, causing many warning lights to activate in his cockpit. Despite the perilous nature of the damage to the aircraft, he was able to fly it home whereby he was ordered by air traffic control to circle the base until the rest of the strike package was safely on the ground. This was due to the fear of the Mirage crashing upon landing, possibly blocking the single runway for other aircraft to land. Due to the Mirages being highly valuable and at the time irreplaceable assets due to the political situation, his aircraft was quickly repaired and returned to service just three days later.

On the 20th of October 1990 Rynier was flying a Cheetah E when he experienced an engine surge during take-off at Louis Trichardt Air Force base and was forced to eject, suffering only minor injuries as a result. Rynier retired as the Commanding Officer of 5 SQN SAAF in 1991, having accrued just more than 3000 Hours total time, with 650 Hours on Mirages of all types. After leaving the Airforce, he went to university gaining an MBA and now runs his own Management consultancy firm in Cape Town. 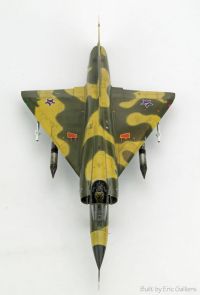 Here is Rynier after the famous mission: 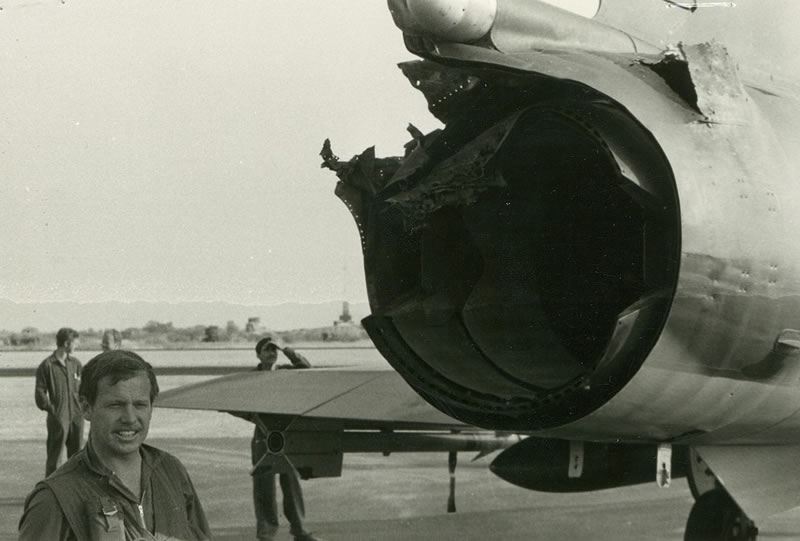