This is the Trump F-105D and it was OOB, except for the seat and harness. Everything else is from the box. One thing i didn't buy was the metal gear legs as to everyone saying they broke when they got it to sit on all three. Well, I used the kit gear legs and they have never broken and that's from taking it to three contests in my car, this year. And one thing I didn't do was not add the engine into the rear fuselage. That helped out and have it as you see her on a piece of board that acts as a tarmac. 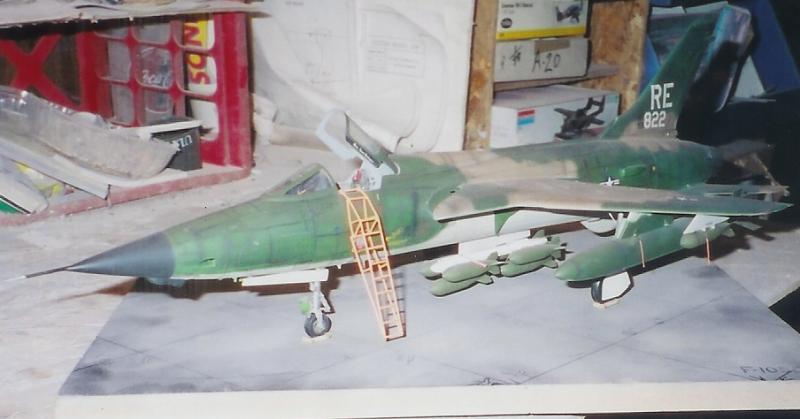 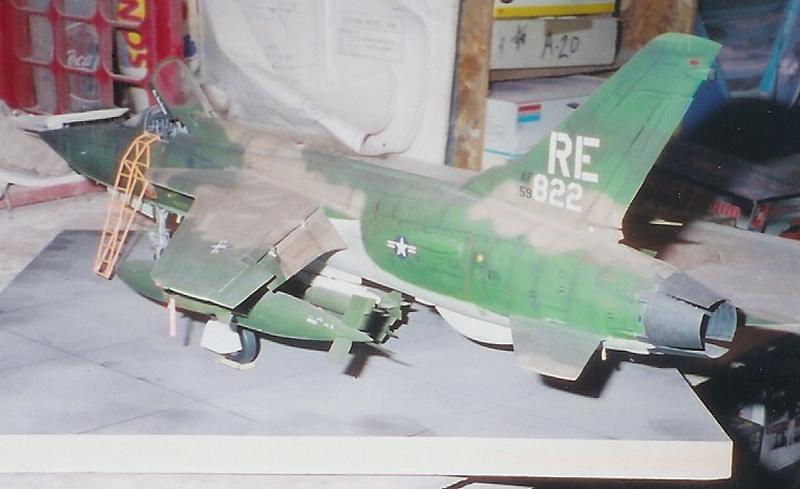 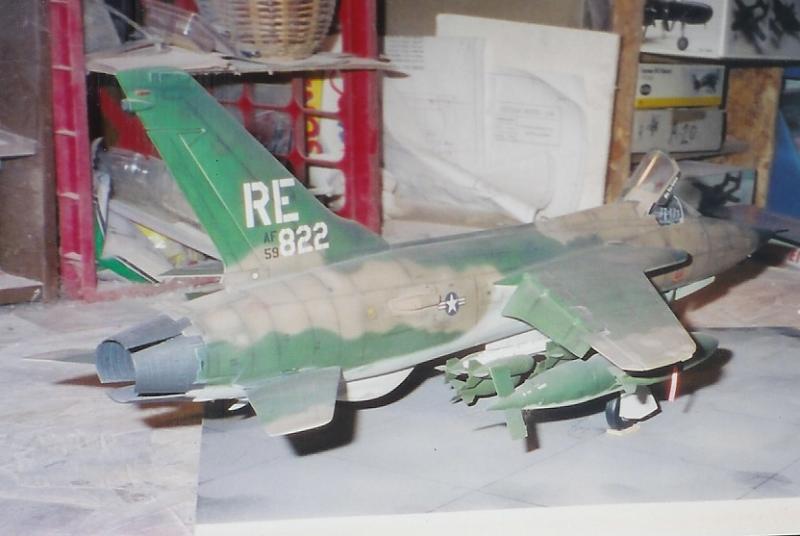