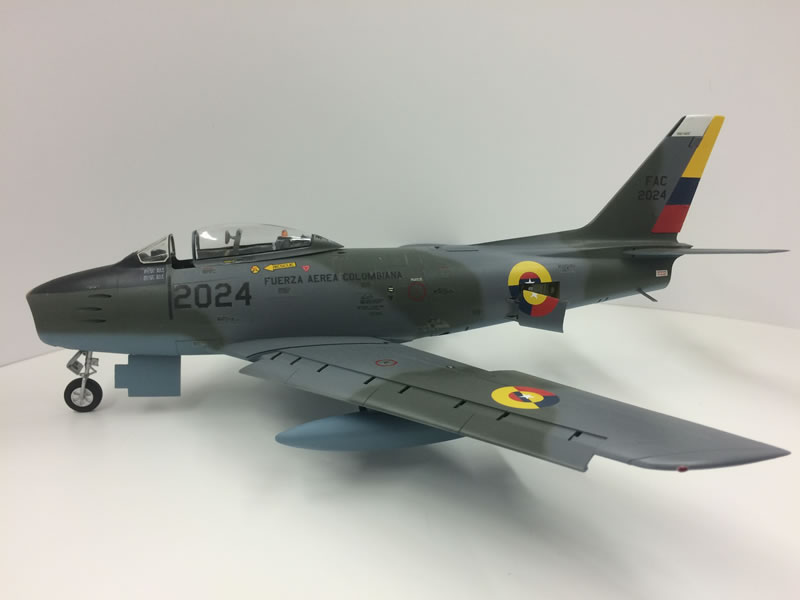 The Colombian Air Force used a dozen of F-86 Sabre jets from the mid 1950s until their retirement in 1975 when they were replaced by the Dassault Mirage M-5 . Six of them were Canadair CL-13 and the rest were F-86 Mk IV. I love the way these magnificent aircraft look in Colombian markings. 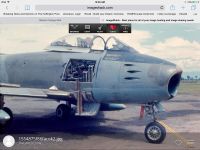 The Hasegawa kit is well known for its nice level of detail, ease of assembly and general outline accuracy. I scratch built the ejector seat and added extra detail to the cockpit area. The seat belts were fashioned of masking tape and Waldron photo etched buckles. I used Evergreen plastic channel and rod to build the seat rails and headrest. 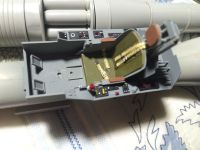 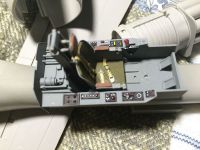 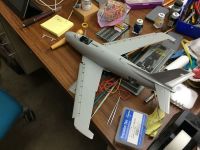 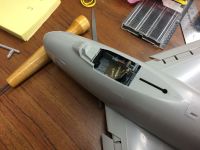 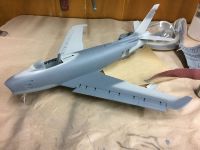 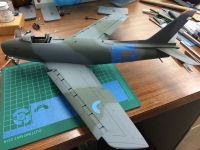 Painting was pretty straightforward. I used PRU blue for the underside, Dark Ocean Gray and Dark British Green for the camouflage pattern. For the roundels and tail fin I used Royal Blue, Fire Engine Red and Testor’s Gloss Yellow.

To cut the masks I fashioned a circle cutter with an adjustable tracing compass. I used a broken 5/64 of an inch twist drill bit and shaped its shank to a blade point, just like the one of #11 scalpel blade. Then I replaced the pencil lead of the compass with my homemade blade. Cutting the masks is easy, but it takes some practice.

The lettering and numbers were fashioned by printing them with a laser jet printer onto decal paper. I experimented with acrylic varnishes until I found that “Future” (Pledge) floor wax makes a thinner and stronger film carrier for the decal! I couldn't be happier, as the film of the decals I made seemed to disappear when I applied them over the “Future” gloss clear coat. Another side effect was that I experienced no “silvering” of the decals. 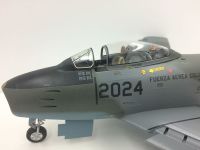 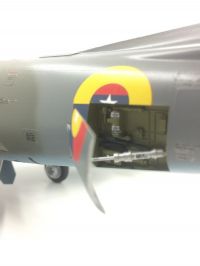 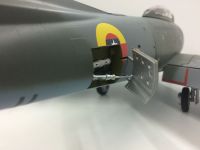 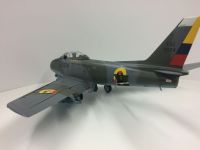 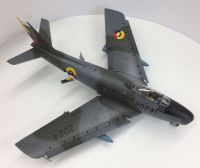 In all, I am very happy with the completed model. I am looking forward to building the F-80 next in Colombian colors.