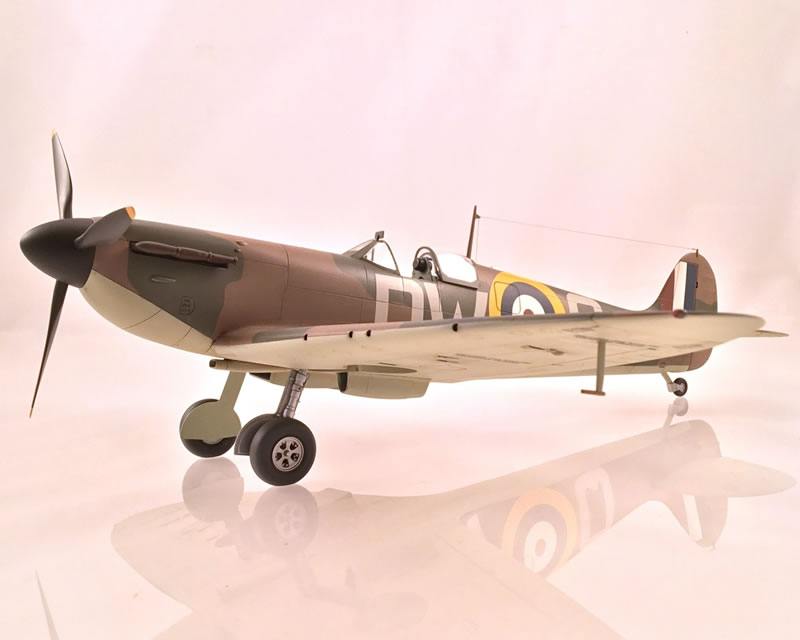 For my build, I chose the old-ish Revell/Hasegawa Spitfire Mk I/II kit, as I like the shape much better than the new Revell kit, which looks too fat and bloated in the forward fuselage/cockpit area for my personal tastes (not that I can't be made into a nice model). I rescribed the fuselage (the wings are already engraved), added the outstanding Yahu instrument panl, a resin seat/and exhaust (from Quickboost IIRC), and a few scratch built things like brake lines, some small bits and pieces here and there. I also had to modify the aerial mast to add the triangle shaped "prong" that is required for an airframe with an aerial wire. The Eagle-cal decals performed beautifully, and I used Mr Color paints throughout.

I wanted to build a 610 squadron Spitfire for some time, as I've always loved the old Revell kit boxart with DW-K on it. There were at least 3 different DW-Q airframes during the Battle of Britain, so rather than the one suggested by EagleCals with the black/white underside, I wanted to model R6891. This aircraft arrived at the squadron on 11 August 1940, and was flown by Sgt (later Wing Cmdr) Hamlyn when he scored 5 kills in one day 2 weeks later on 24 August 1940. As the aircraft was obviously new at the time of Hamlyn's 5 kill day, I kept weathering to a minimum. 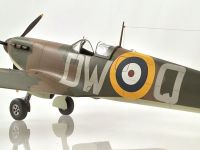 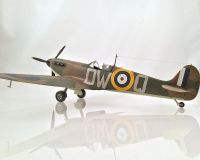 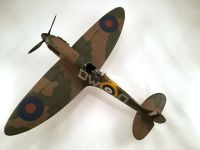 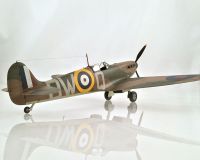 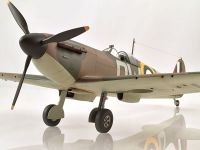