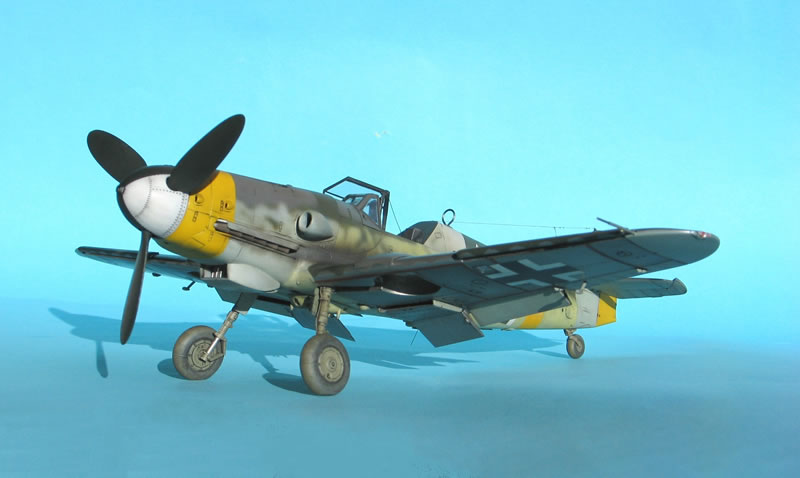 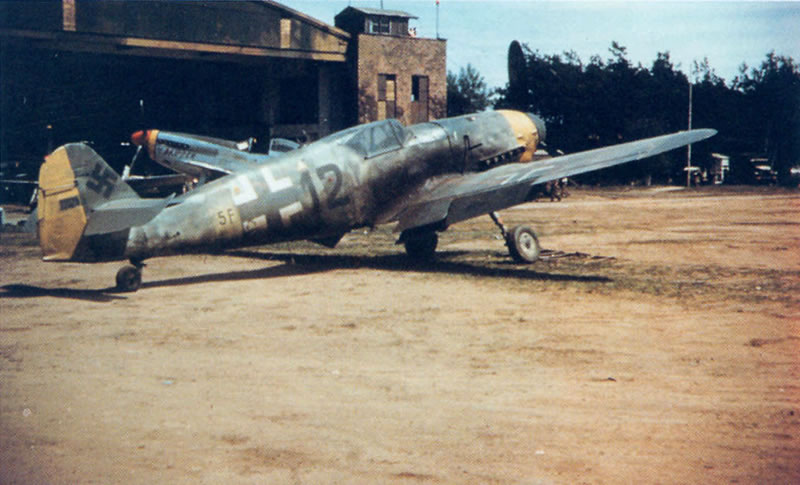 The yellow band on the rear fuselage was partially overpainted. The shape of the digits and letters of tactical markings was slightly different on each side of the fuselage. The spinner remained in factory finish of two third RLM70 and one third white. Note that the lower parts of main gear legs covers were missing and black swastika without outline. 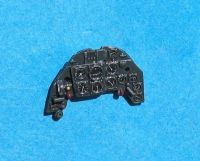 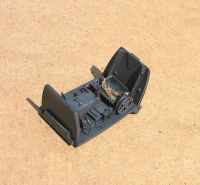 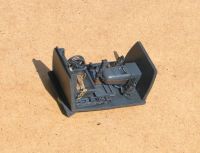 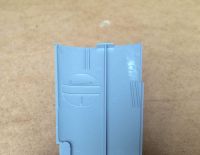 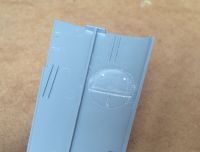 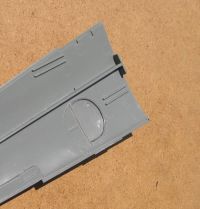 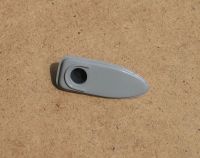 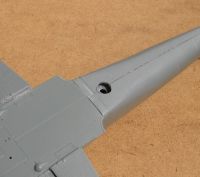 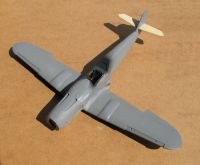 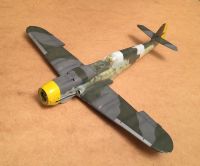 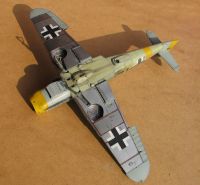 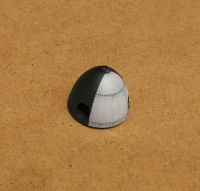 Painting was done with Gunze acrylics and Alclad lacquers.

Fuselage painted to RLM 84 (as a matter of the fact this is not an official RLM color; this is called RLM84 or 99 later to define this color) and spine RLM83/77. Cowling RLM76 with undersurfaces, RLM 83/75, mottling on fuselage sides RLM 81 and 83, fin RLM81 with small blotches of RLM83. 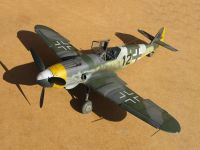 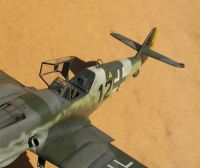 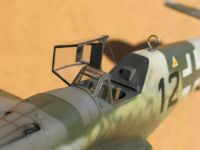 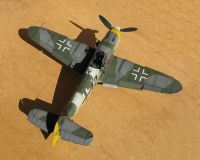 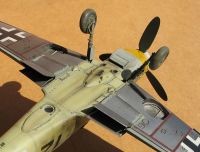 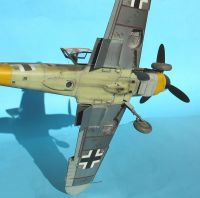 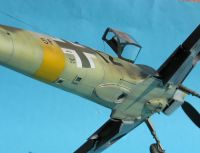 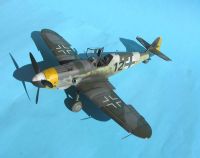 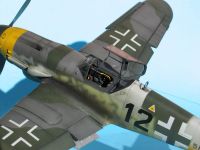 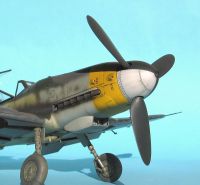 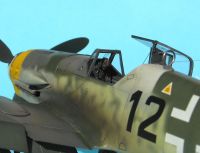 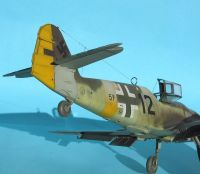 PS: Thanks to Anders Hjortsberg for his help.