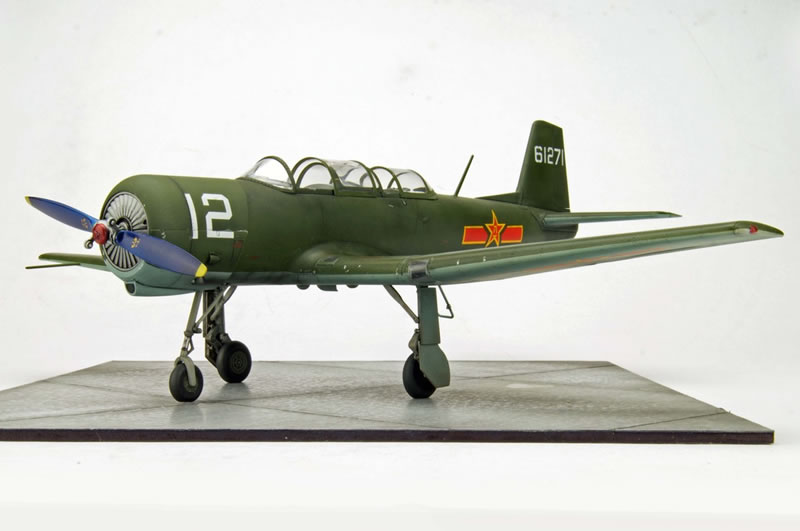 The brief for this job was pretty easy. Build it without any aftermarket, and no scratchbuilding, so OOB, which is something I haven't done for a very long time. It looks a little darker in real life than the pics shown here, but at least the lighting brings forward the subtle weathering that I tried to impart on this build. I wanted to depict this aircraft as it was in military service, not as a civilian 'warbird'.

The main thing about this kit is the extreme amount of nose weight required to get it on its nose gear. The engine is reasonably visible behind the cowl, so I needed to make sure that the nose weight was concealed. I also wanted it to go as far forward as I could so that I could minimise the weight required. I ended up drilling a hole in the engine and filling it with weight, as well as filling the nose wheel with lead as well. Also there is a fair bit of weight behind the firewall, inside the oil tank, inside the cowling etc, etc.

Overall an enjoyable build and good to get back to building out of the box and not getting all AMS on a model for a change.