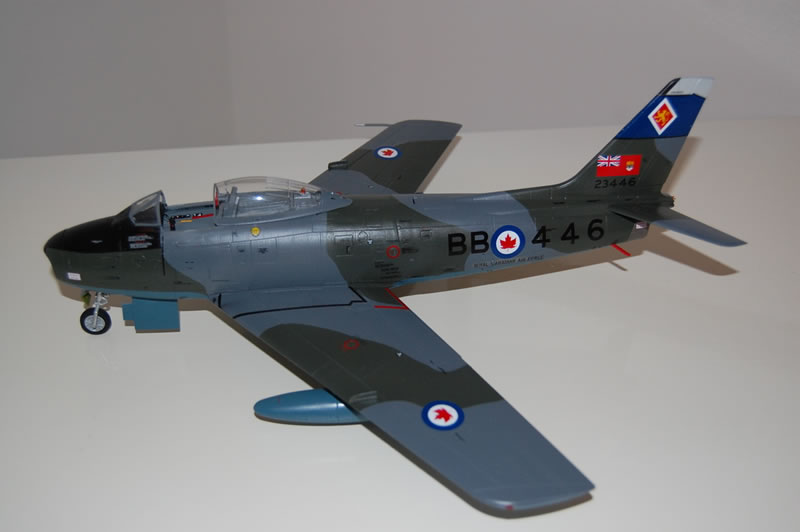 Only aftermarket is the Leading Edge Models '3 Wing' decals. I have the AMS Resin corrections for the intake and blast panels but they are in reserve for another Sabre build. There are no other modifications. I know I made a mistake with the fuel port on the left side. 5s and 6s had them both on the right side, an error not to be repeated on my next Sabre 5 or 6. Model Master enamels and Alclad II for the gear struts.