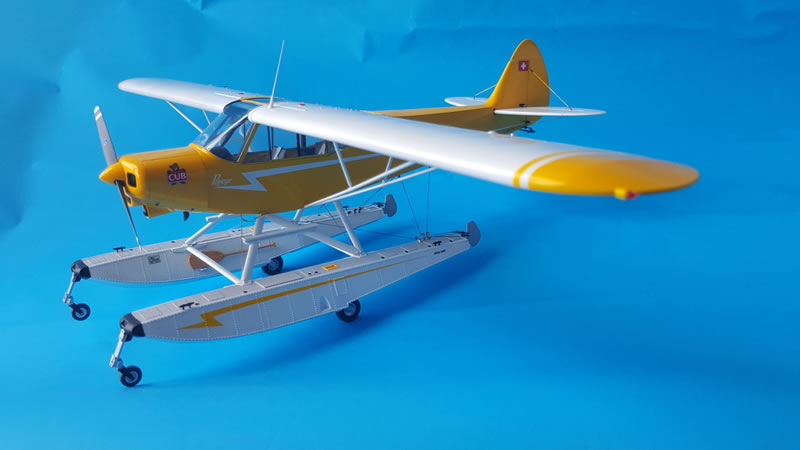 I started this as a "quick build", and I thought it would be done in a few weeks. Huge mistake! After finishing the inside and gluing the fuselage, I made my research a bit further and I noticed a lot of difference between the actual aircraft and what was in the Revell kit. The Revell kit supply a standard floatplane Supercub, whereas the Swiss aircraft "Popeye" seems to have a lot of custom modification. And there was also a lot of very simplified details that deserve to be improved (control cables, engine cowling, floats details and so on...).

I have remade the back of the fuselage to scratch build the clear roof, made a few tiny pulleys for the control cables, remade the floats rudders, and various other small stuff.

So it was quite long, sometimes a bit boring, but now it's done, I'm very happy with it.

Here is a link to the build thread: http://forum.largescaleplanes.com/index.php?showtopic=60767.

And some outside pictures: