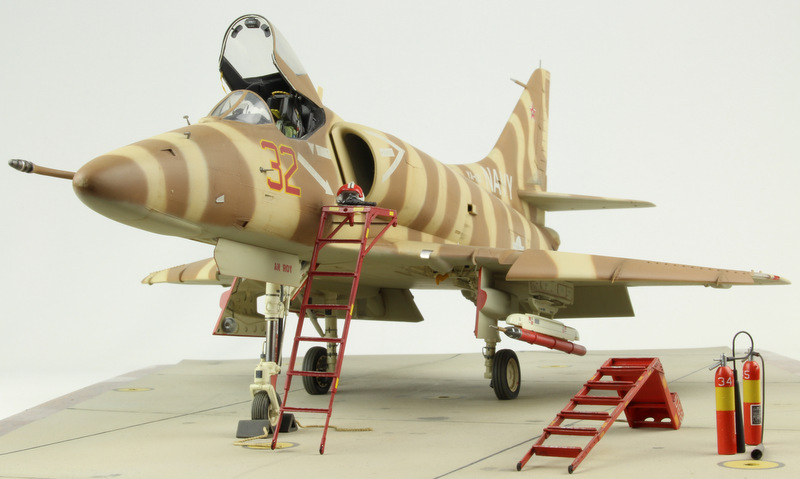 This is a model I built some years ago, but I made new photos recently. The model is based on pictures of NAS Fallon Skyhawks used in the adversary role.

Some supplementary detailing in the cockpit, the wheel wells and the landing gear was done. I built an ACMI-pod and adapted a wing pylon to carry it.

To dress up the diorama, I scratch built two ladders (one for the A-4E and one for TA-4s), two fire extinguishers, the wheel chocks and the pilot’s helmet.

The paint job was done with paints from Model Master and for the weathering I used pastels. 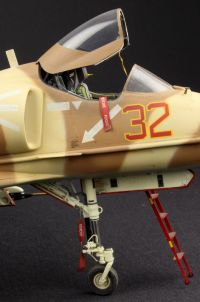 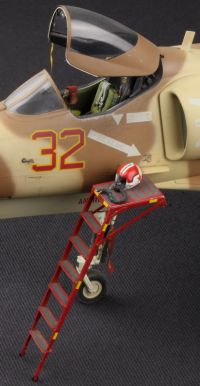 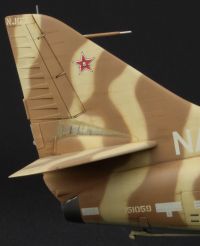