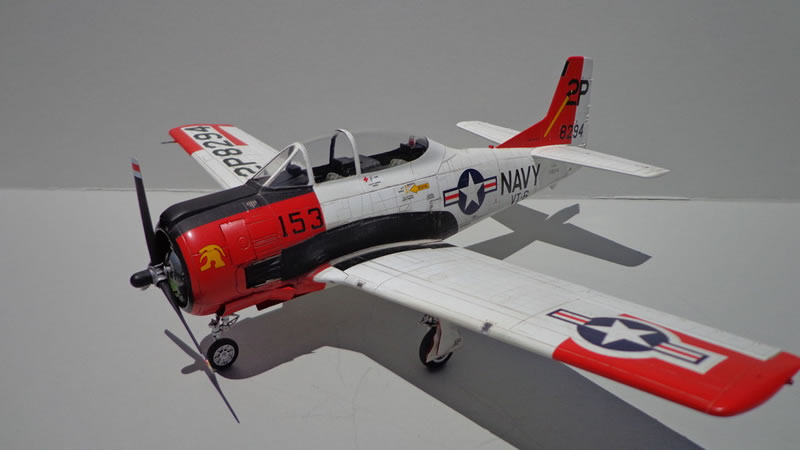 This is my version of the new Kitty Hawk Model (KHM) T-28 Trojan. I have seen several of these built, and all but one have been in this scheme, as I think it is one of the more pretty schemes for the ol' girl.

The kit is without a doubt one of Kitty Hawks best kit, and all the evidence points to KHM getting better and better with each later release of LSP kits.

Some observations on the Kitty Hawk T-28 if I may...

All that said, this is by far and away one of the easiest OOB builds I have done, and other than having to know you need more nose weight, its a pretty straight forward build, that fits REALLY well, and has all the potential in the world for super detailing if one desires.

I tried to keep the weathering so it was no so overbearing but keeping the well used theme going, with enough dirt that could have realistically accumulated on a trainer that saw lots of use/hours. 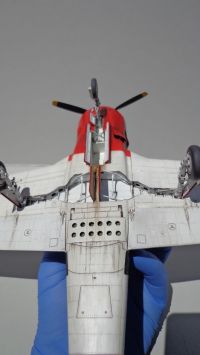