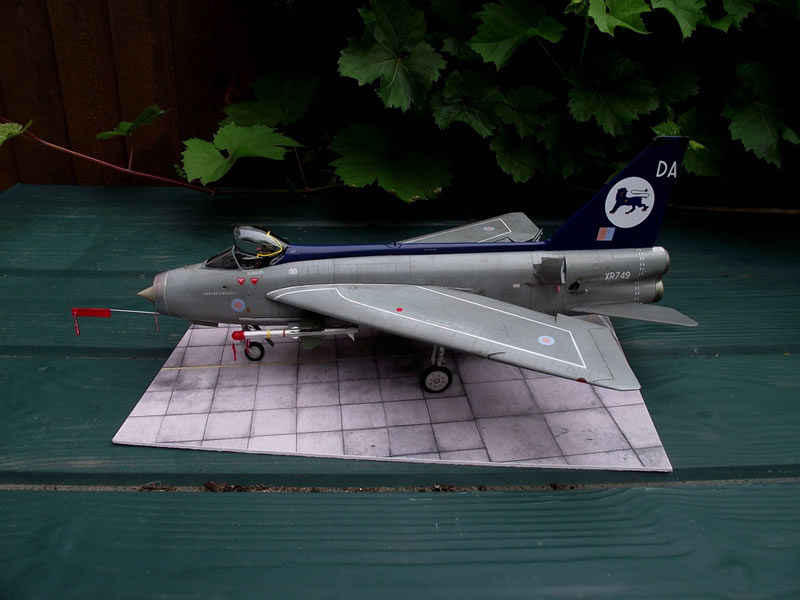 The Lightning that once overtook Concorde was described as 'the best of the best' by Flt Lt Mike Hale at the roll-out ceremony for XR749 at Teesside Airport on September 28th 1995. Now an instructor with 56 Sqn at Coningsby, Mike flew 80 sorties in XR749 after the aircraft was allocated to 11 Squadron at Binbrook. He has a particular affection for the aircraft: "The Lightning was an exceptional aircraft in every respect, but XR749 was one of the best of the best. It is probably the best aircraft that I will ever have had the privilege to fly. Because of her tail code BM, she was known as 'Big Mother', although the tail code changed to BO for her last few months on 11 before joining the LTF in January 1985. She was a very hot ship, even for a Lightning. She remained my aircraft for all her time on 11 Sqn despite my being entitled to an F6 as I moved up the squadron pecking order. I invariably asked for her to be allocated to me for the major exercises such as MALLET BLOW, OSEX, and ELDER FOREST despite her being a short range F3 - there were invariably plenty of tankers about!"

His memories include the time in April 1984, during a squadron exchange at Binbrook, when he and XR749 participated in unofficial time-to-height and acceleration trials against F-104 Starfighters from Aalborg. The Lightnings won all races easily, with the exception of the low level supersonic acceleration, which was a dead-heat. This is not surprising when the records show that the year before on one sortie XR749 accelerated to Mach 2.3 (1500 mph) in September 1983.

It was also in 1984, during a major NATO exercise that he intercepted an American U-2 at 66,000 ft, a height which they had previously considered safe from interception. Shortly before this intercept, he flew a zoom climb to 88,000 ft and, later that year, he was able to sustain FL550 while flying subsonic. Life was not entirely without problems, however, as in a three month period his No 2 engine seized in flight and its replacement failed during a take-off when intake paneling on the inside of the aircraft became detached and was sucked into the engine.

In April 1985, British Airways were trialing a Concorde up and down the North Sea. When they offered it as a target to NATO fighters, Mike and his team spent the night before in the hangar polishing XR749 which he borrowed from the LTF for the occasion, and the next day overhauled Concorde at 57,000 ft and travelling at Mach 2.2 by flying a stern conversion intercept. "Everyone had a bash - F-15s, F-16s, F-14s, Mirages, F-104s - but only the Lightning managed to overhaul Concorde from behind". 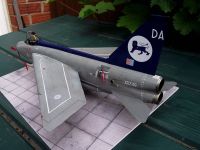 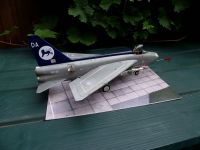 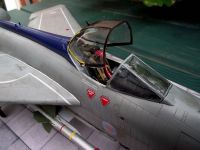 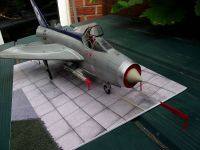 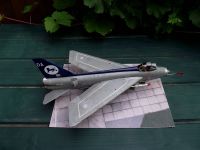 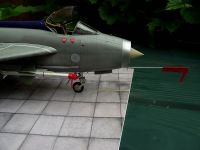 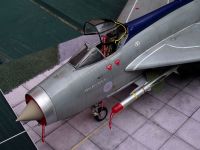 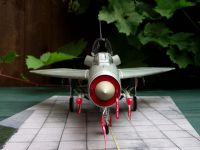 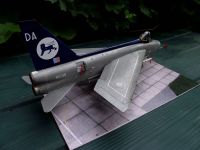