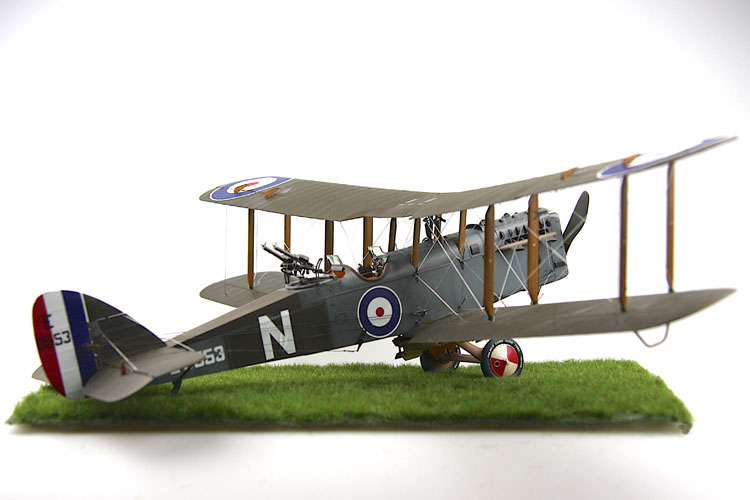 I visited the Melbourne Model Expo last weekend [13 June 2016] in order to see LSP habitué Eric Galliers’ brilliant 1/32 model of the No 77 Squadron Avon Sabre I flew over 50 years ago when I was young and stupid (as opposed to being old and stupid). I met some great guys in the modelling fraternity and saw a lot of great models. This inspired me to (a) get back to the modelling bench again and (b) chance my arm with a submission to LSP of my last build - the Wingnut Wings DH.9a “NINAK”.

The model is OOB except for the Gaspatch turnbuckles and the rigging line. (I’ll never figure out, incidentally, why the Wingnut Wings RAF flat rigging thread looks like rope in photographs. In real life it looks thinner and more metallic. No, really.)

For once in my life, the effect I envisaged in my head when I started out actually got onto the wings of this particular model. This involved a complete spray of olive green, masking off the ribs, pre-shading in black over the masking, and then applying thin coats of an olive and brown mix until it looked about right. When dry, I applied some MIG brown wash and then lightly rubbed that off before it was fully dry. I’ll never know whether slightly faded PC 10 looked anything like that in real life but, hey, it’s probably better than a huge uninterrupted slab of colour on those enormous wings.