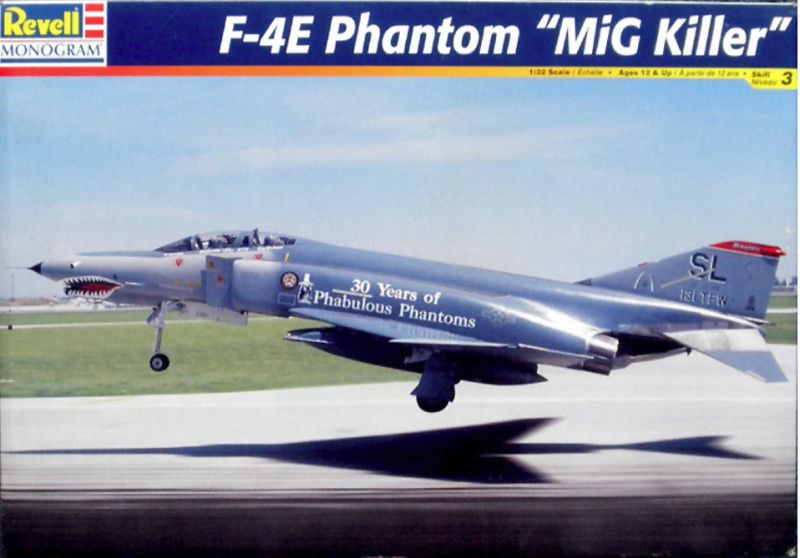 NOTE: This kit shares no part with the non-slatted wing F-4E kit released by Revell USA in the sixties.

Fill access panel lines on the vertical fin right side (the round panels and the one just under the fin cap).