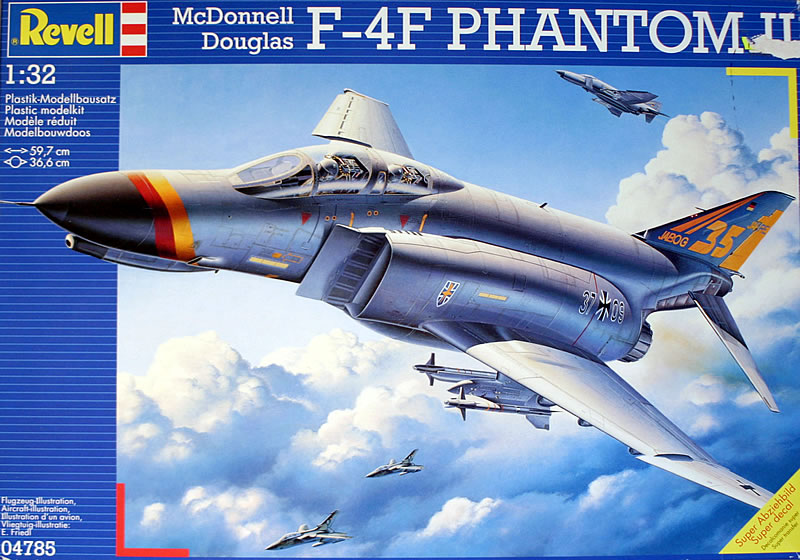 Revell Germany decals (F-4F) are good but color stability control is a regular issue (you find different colors according to the kit production batch). Luftwaffe versions have very comprehensive decals that even include panel numbers. There are some errors on the decal sheets. For instance JG35 scheme of first release is not totally correct. Later release (2002) with the JG72 anniversary scheme also has some errors (e.g. horse details are not correct). Formation light strips have a too yellow color and all are the same length. In some cases (such as the real JG35 anniversary scheme) they were painted out. It is recommended to paint them or replace them with aftermarket decals.