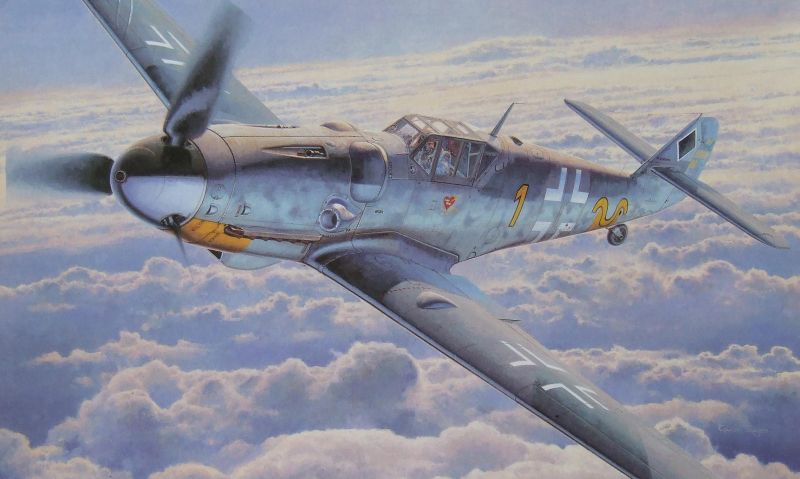 The kit instructions give two options regarding front instrument part: either paint engraved details or sand them off and then apply the decal on a flattened surface. However, another option will give better result if you use kit part. Cut the nice decal in parts before applying it on engraved instruments.

Up to now, kit has already been released three times with different markings options:

The accuracy of the decals will not be assessed here as many interpretations are possible and there are a lot of aftermarket options.

The list of references about the Messerschmitt 109 is an endless one. The list author focused on sources that are more oriented towards plane components rather than plane colors. Many excellent books have been printed about the later topic but this is out of the limited scope of such a list. As such, sources dedicated to Luftwaffe paints and camouflage, 109 colors or 109's used by Germany allies have not been used here.