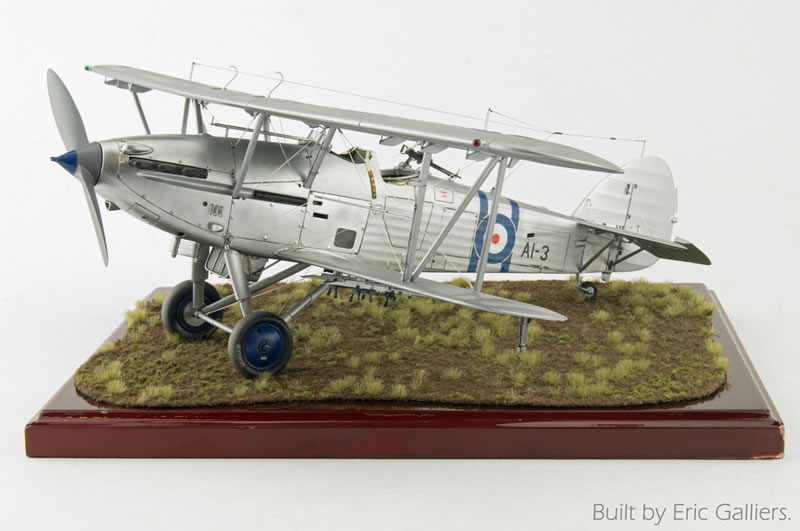 This is my newly completed Silver Wings Hawker Demon.

The kit took approximately 3 months to complete and was built to represent an aircraft serving with No. 22 Sqn, RAAF, based at Richmond Airbase, New South Wales.

This particular aircraft (A1-3) was the first Hawker Demon assembled and flown in Australia, being delivered and built during 1935. It was involved in an airshow fatality in early 1936 where 2 spectators were killed when the aircraft accidentally hit them, later crash landing. After being re-built, it was passed between a few different units before finding a home with No.22 Sqn. It was involved in another crash landing during an Army co-operation exercise when it was forced to land on a road due to bad weather. It was finally converted to components in December 1937.