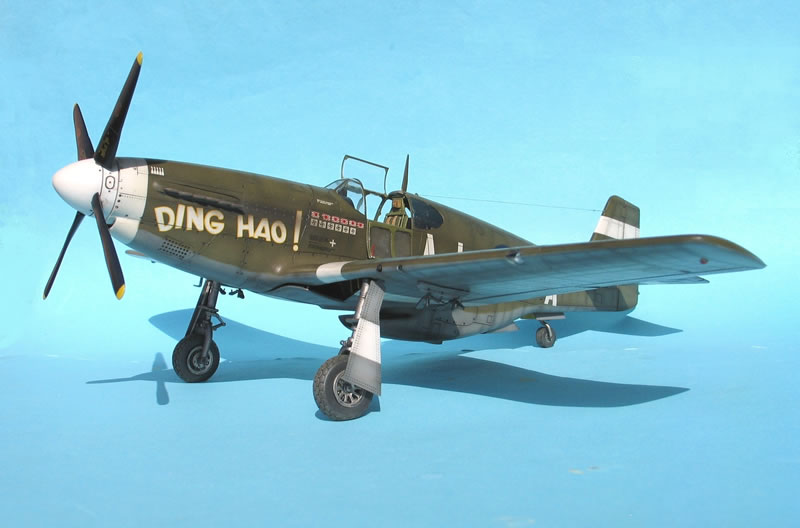 This is 1/32 Trumpeter P-51B Mustang finished with the markings of “Ding Hao” flown by Maj. James Howard of the 356th Fighter Squadron at RAF Boxted, Essex, England, UK; early 1944.

Howard s Mustang was named “DING HAO!” and carried the victory marks from those AVG actions. [“Ding Hao” was an American World War II slang term based on the Chinese phrase, “ting hao de” meaning “very good” or “number one”.]

This kit has some accuracy problems. It needs some corrections and modifications. There is a shape problem on exhaust area and radiator cowling. And also upper fuselage area between right and left rear cockpit windows is too wide.

Trumpeter molded navigation lights as a single light on the tip of each wing like on the P-51D. But these lights of P-51B should be on the top and lower on the wings. I deleted and put them on the correct places.

I have used Zotz decals set instead of wrong size kit decals. 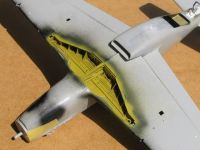 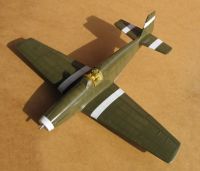 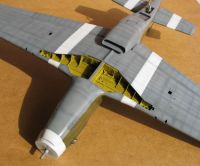 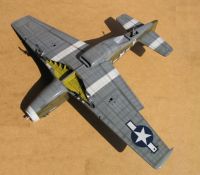 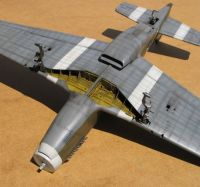 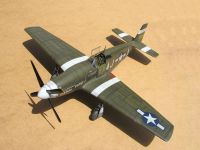 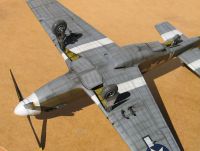 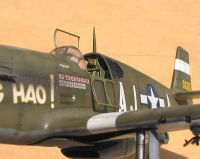 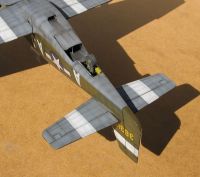 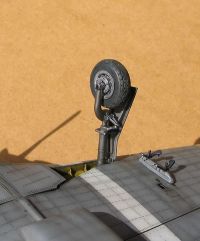 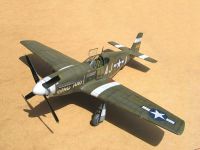 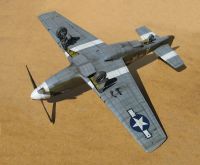 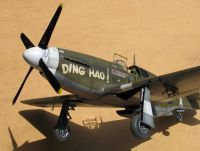 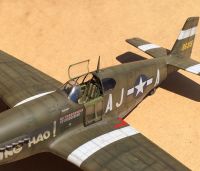 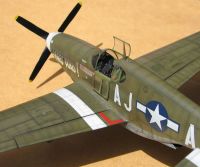 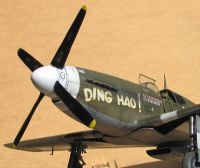 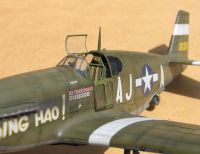 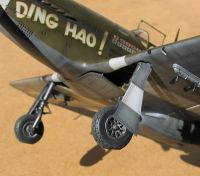 This is finished after a matt coat and some weathering.

Should I have eliminated the large number of rivets on wing surfaces? Considering other faults that could not be corrected, I decided it was not worth the effort. 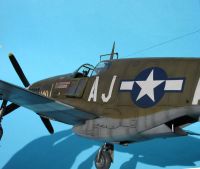 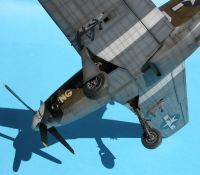 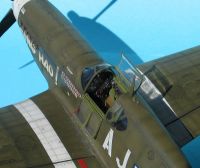 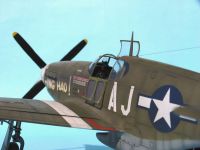 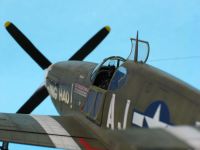 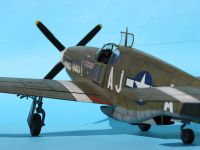