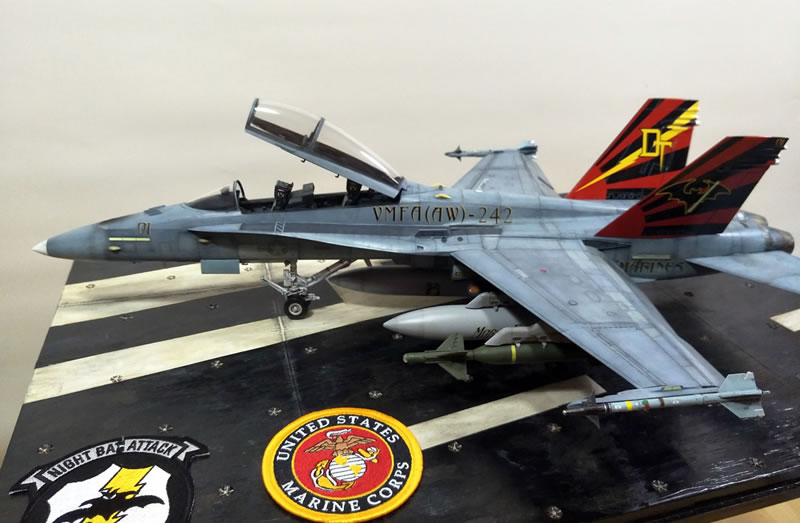 This is my F-18D 1/32 Academy kit. It won the Airfix Aeronautical Model Competition two weeks back as a Commendation Medal.

Painting was done with a 3 tone grey using masking and salt finishing. As it was a ceremonial plane painted over an operational one, I tone back on the weathering. 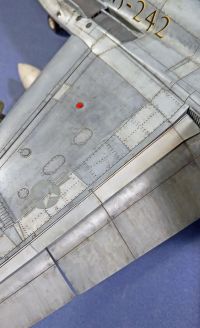 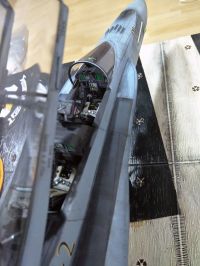 This article was published on Wednesday, October 12 2016; Last modified on Saturday, February 04 2017