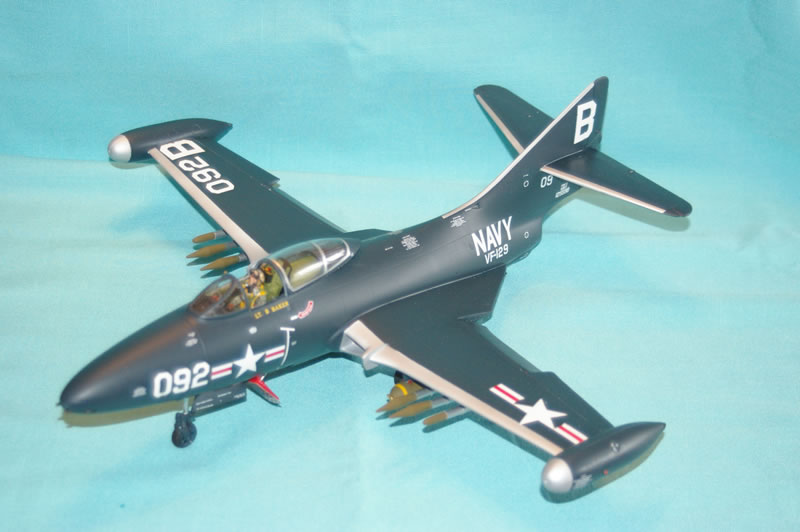 This F9F-5 Panther jet is from Fisher Model and Pattern. It is a high quality resin model with brass metal landing gears. The fit of the parts was exceptional requiring minimal putty and sanding. The windshield and canopy were molded in clear resin and were sparkingly clear without blemish. The decals for the Navy version were patterned after the aircraft used in the movie, The Bridges of Toko-Ri. I didn't like the paint scheme of the panthers in the movie so I altered the decals to reflect an all blue panther from a imaginary squadron. A variety of HVAR rockets and bombs were provided to arm the aircraft. The pilot is a Master Details figure that actually fit into the cockpit without any modification. The aircraft was painted in MM enamels. The pilot was painted with oils and MM enamels.