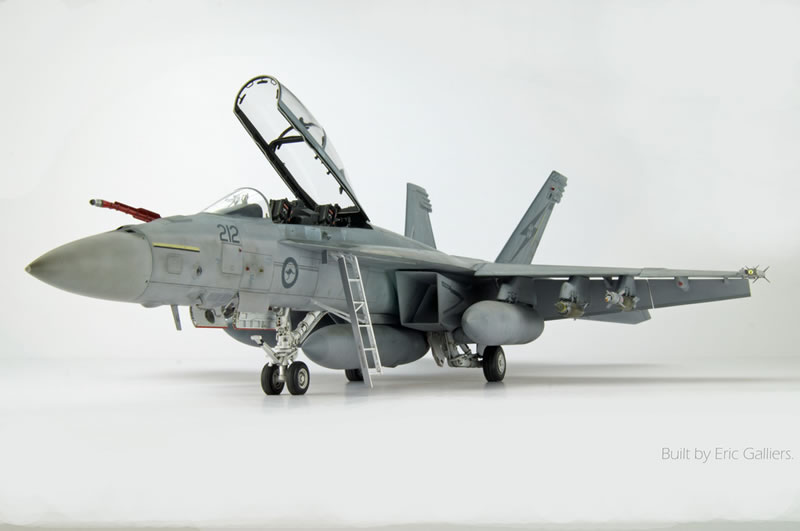 Here is my Trumpeter Super Hornet, which is the E/A-18 G kit converted to an Aussie F.