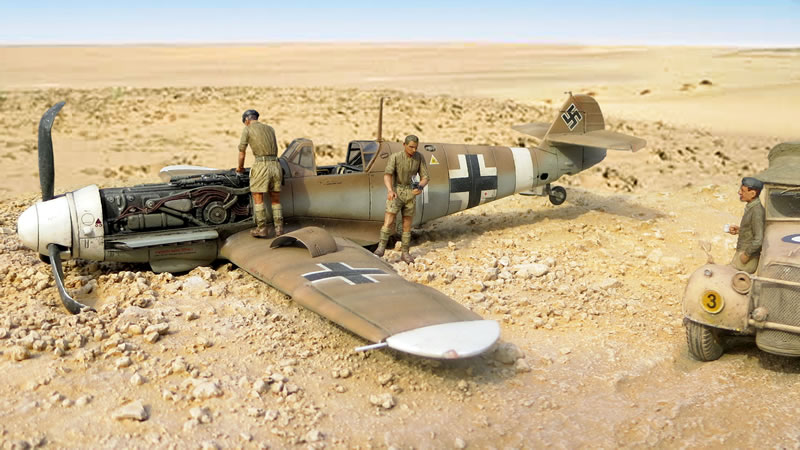 This is a diorama/build I have wanted to do for a very long time. Inspired by the many photos of a German Messerschmitt Bf 109 crashed in the Libyan desert, during the North African campaign, with a British vehicle and crew, picking up the ‘leftovers’ from the Bf 109.

Converting the old Airfix Monty’s Humber, into a 8 cwt wireless vehicle was somewhat of a task, but also fun. The wheels were reworked with a new tire thread and cast without wheel caps.

Figures are part MB and MiniArt reworked to fit 1/32. 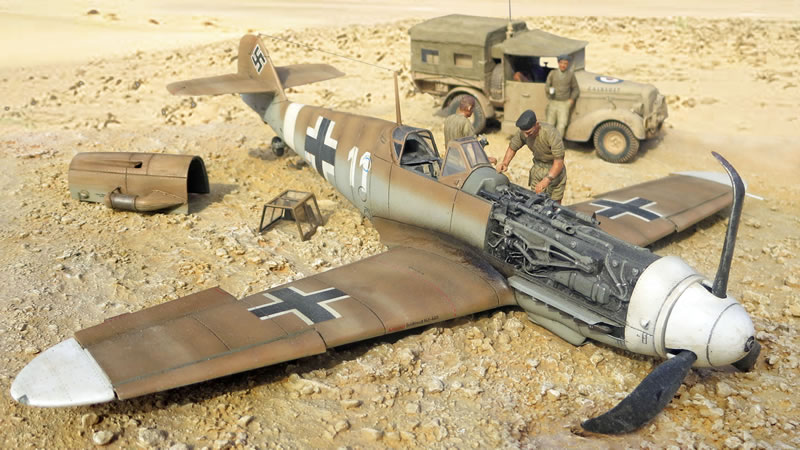