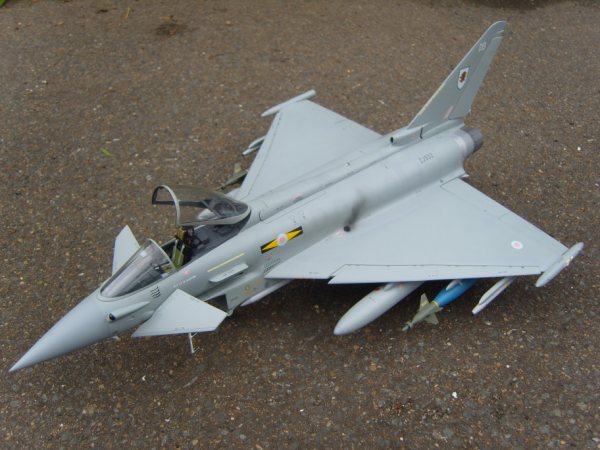 Here are some pictures of my recently completed Revell 1/32nd Scale Eurofighter Typhoon.

It's pretty much from the box with only minor extras added, such as an after market seatbelt set, fuse-wire brake pipes, Paveways from the Tamiya F-15E kit, and scratch-built FOD guards.

ExtraColour paints were used, and the decals are from the kit (which were, in my opinion, excellent).

The machine depicts a Typhoon from 11 Squadron, Conningsby, Lincolnshire. 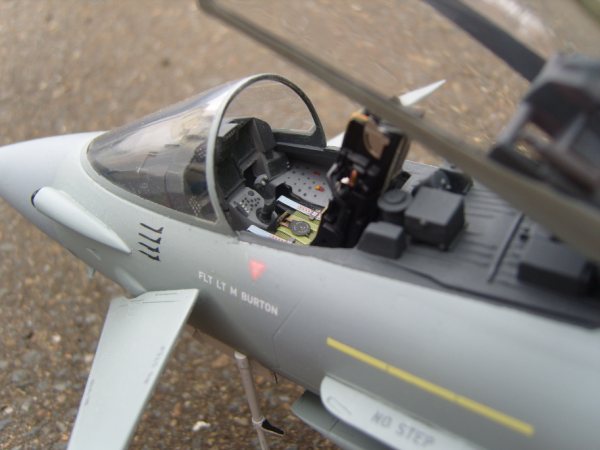 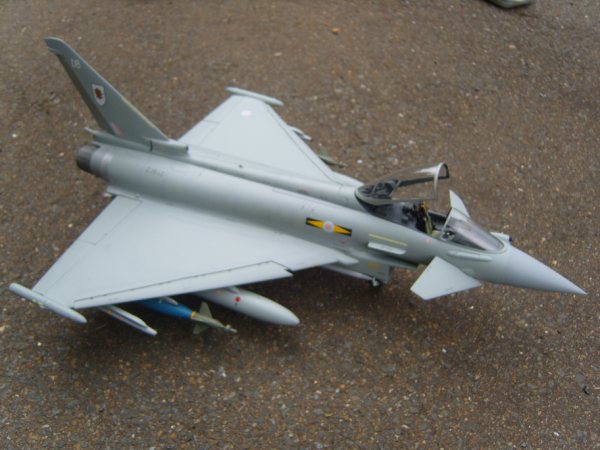 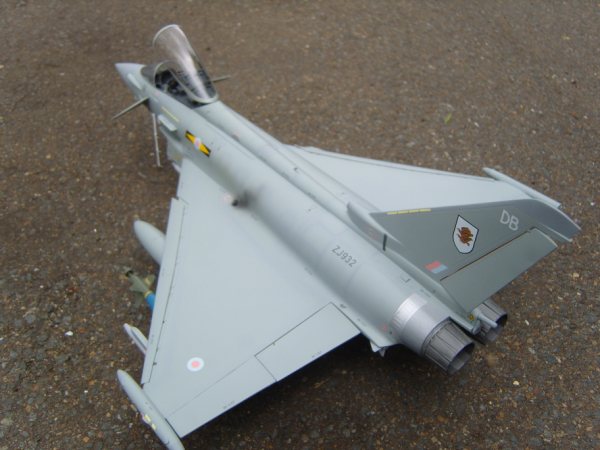 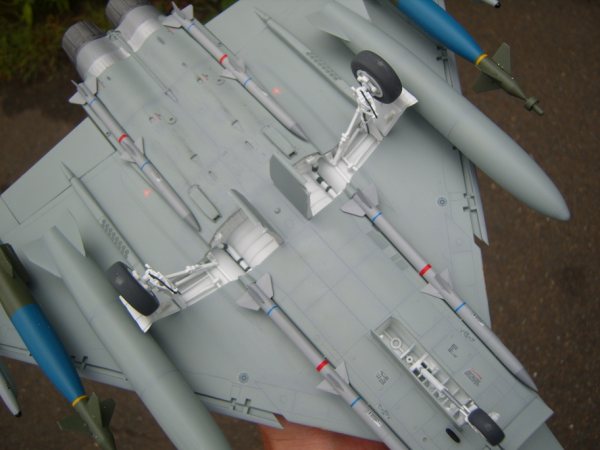