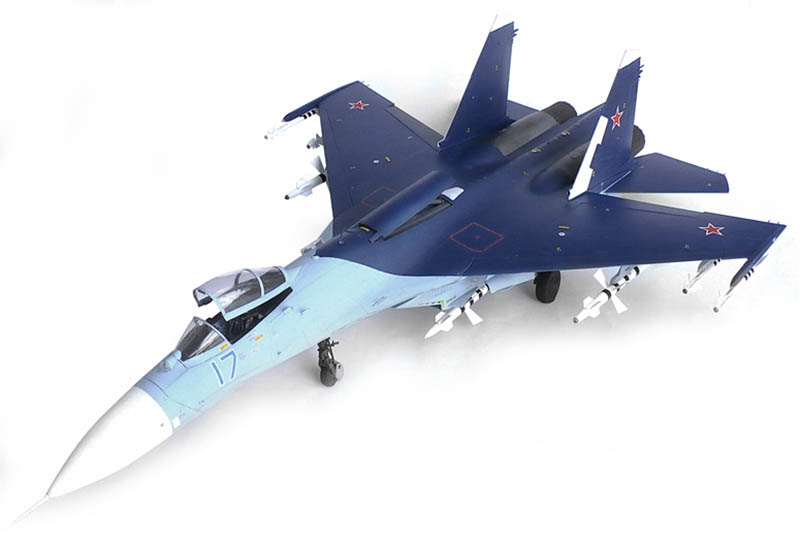 You may be wondering "What's with all the aftermarket parts?".

Well this was necessary to correct the many inaccuracies of the Trumpeter kit.

The parts corrected were the nose (which was short by almost 1cm), the air intakes,the entire cockpit, the wheel wells, the wheels, the exhausts, various greeblies, and the stencils.

As a friend of mine pointed out being that China of which Trumpeter Models is from is a communist country, one would think that they would have an SU-27 sitting on the ramp.

Why Trumpeter models screwed up on this one is anyone's guess.

So if you wish to build a reasonably accurate 1/32 scale model of an Su-27, it's going to cost you at least twice the price of the kit and the Trumpeter kit is currently the only one available.

During my search of "Blue 17" on the internet I came across about 4 different versions of it, so I picked the best one I liked. Whether or not it is completely accurate I couldn't say. Which would be in keeping with the rest of the model LOL! 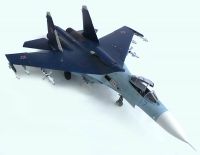