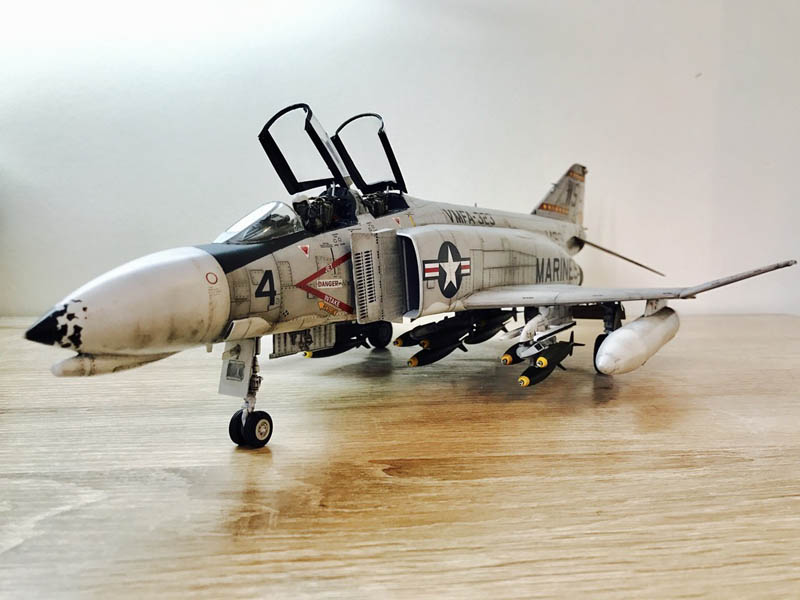 This is a model I have wanted to build for a while. It's a Marines VFMA323 F-4 Phantom from the late 1960s. It's based on the Tamiya F-4 C/D kit and I know not truly accurate to the F-4b but close enough for me.

I was fascinated by how worn these jets got in service and really tried hard to capture that in this model. The kit went together with no problems but boy is it big when finished! It's also the first kit I have completed where I have added the aircrew. I really like it as it brings life to the model and definitely something I will do more of in the future. The only after market used are resin seats and of course the decals. 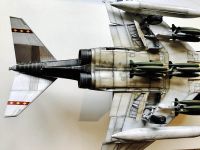 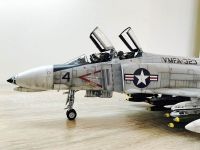 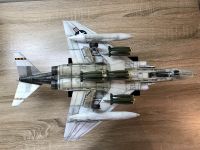 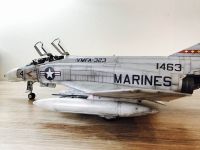 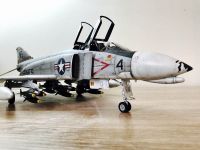 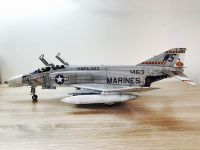