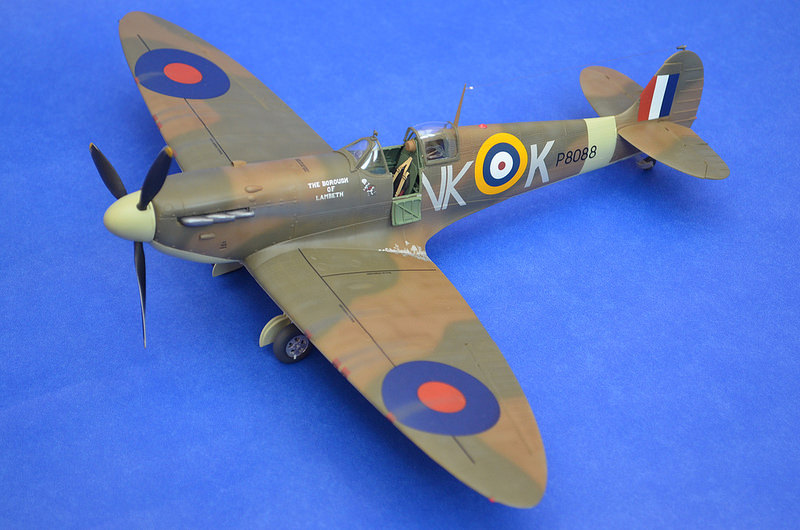 I fancied a quick and easy project and seeing Spitfires overhead daily during the summer months (I'm under the approach to Biggin Hill) I didn't need much inspiration to dig this one out of the attic.

This model simply fell together and was an absolute joy - construction of the main airframe only took a few evenings and I only used a smidgen of filler at the wing to fuselage join.

Decals were from EagleCals and I also added the MDC corrected spinner and oil cooler, to more accurately replicate a Mk IIa.