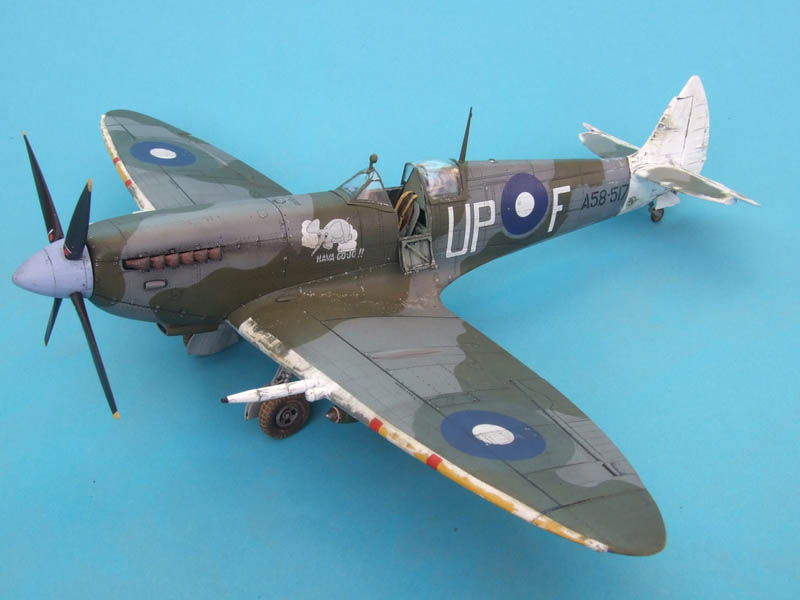 Here is the brand new 1/32nd scale Revell Spitfire Mk.IX which I have converted into a Spitfire Mk VIII, A58-517, UP-F flown by Flying Officer Norm Turnball of 79 Sqn RAAF from Morotai, S. Pacific during April 1945.

This kit has been getting a bit of a pasting from some parts of the hobby yet I was really happy with it! OK there were gaps in the wing root which needed to be filled using plastic shims, the cockpit was missing the armour plate from behind the pilots seat and the padded head rest needed to be removed from the armour behind the pilots head, but hey, that is modelling and for £30 I`m not grumbling!

To convert this model into a Mk.VIII I shortened the kit ailerons, added a grey matter resins retractable tail wheel, made a bulge for the forward right hand cowling from scrap plastic and then bought a Barracuda resin seat, entrance door and RAAF-style treaded tyres. To finish off the decals also came from Barracuda. 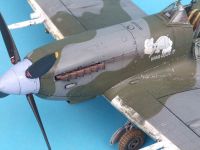 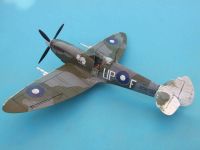 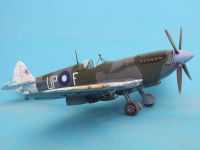 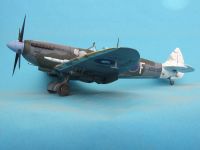 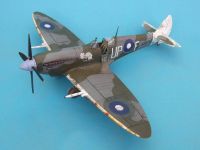 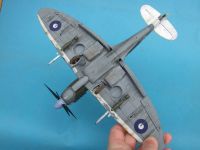 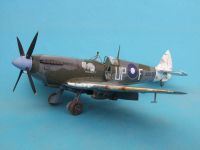 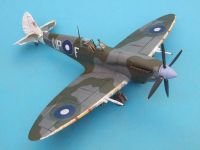 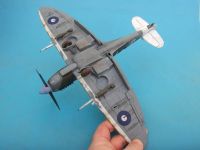 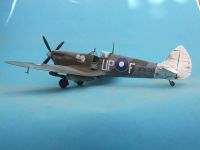 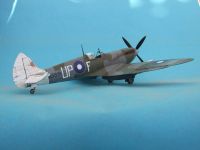