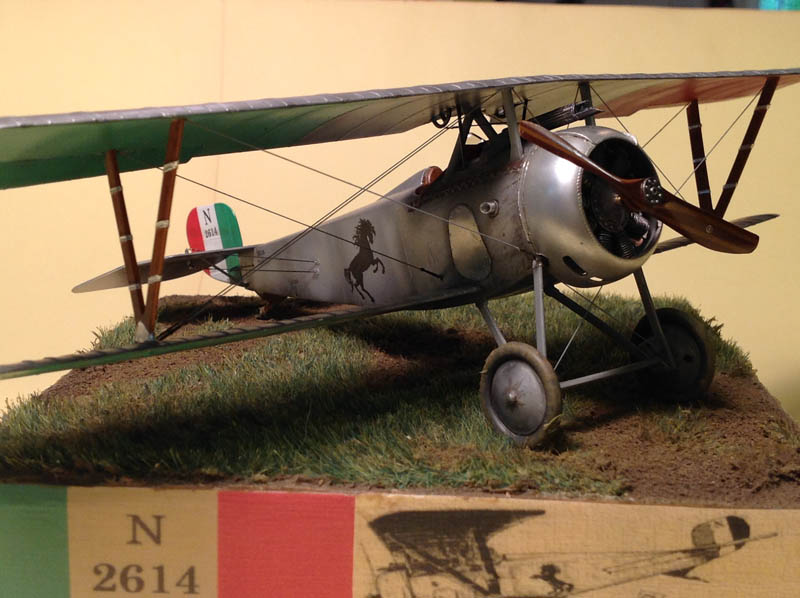 Continuing with my "double builds" of WWI aircraft, I've chosen two Academy Nieuport 17s to build as aircraft flown by Italy and Russia. The Nieuport 17 was diminutive in size, making it ideal as an export aircraft. The 1/32 Academy/HobbyCraft/Italeri Nieuport 17 is likewise simple, cheap and readily available.

The Nieuport 17 sesquiplane was small, nimble and cheap. As such, it was favored by pilots and widely exported to many allied nations. Italy and Russia were two of the biggest importers. Probably the most famous Italian Ace was Major Francesco Barraca. His Nieuport 17 was marked with the "Cavallino Rampante" or rearing stallion. He chose the black stallion because he was an accomplished equestrian and cavalry officer. After Barraca was killed in action, his mother gave permission to Enzo Ferrari to use the "Cavallino Rampante" symbol on Ferrari's race cars, establishing an automotive legacy for Ferrari and a lasting tribute to Barraca even 100 years after his death. Barraca flew several Nieuports, a SPAD VII and XIII, but his favorite seemed to be Nieuport 17 number N2614 with the "Cavallino Rampante" painted on both sides of the fuselage. Several artists have depicted a large "Cavallino Rampante" on the upper wing as well, but there is no photographic evidence of this. Nieuport N2614 was one of the earliest Nieuports exported to Italy, and may have had French insignia on the upper wings which were painted over by applying additional aluminum dope, while the underside outboard wings were painted in green and red with a central silver fuselage and wing roots to emulate the national colors of Italy. Macchi also built 150 Nieuport 17s under license, but many were imported. The Imperial Russian Air Service imported 50 Nieuport 17s directly from France, and hundreds more were built under license by DUX, the Russian national aircraft manufacturer, but they were often inferior in quality, so many Russian pilots preferred the original French imports. The 19th KAO (squadron) of the 1st BAG (Air Group) of the Imperial Russian Air Service flew many Nieuport 11s and 17s, marked with either a black skull and crossbones on a white background for the staff flight, or a white skull and crossbones on a black background for the line flight. My daughter loves pirate movies and horses, so it was natural to build these Nieuports in those markings!

The Academy/HobbyCraft boxings have been around over 20 years. The Italeri boxing is a recent release of this kit, with nice decals for Barraca's aircraft, but I used Academy's Guynemer/Nungesser versions as I had several of these kits. The kit cockpit detail is rudimentary and the cockpit opening is incorrect. The wings are nicely done and are prototypically thin, with thin trailing edges and raised ribs to depict the rib tapes. The engine is simple, but adequate. The kit is fairly accurate in shape, and by 1/32 standards, rather small, but the real aircraft was also small. The struts and tail surfaces are thin and in scale. The cowling is rather basic, and needs some added detail. 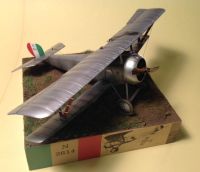 These were fun and fairly quick builds. The Academy/HobbyCraft/Italeri kit is the only 1/32 Nieuport 17 kit but it's not a bad kit. With a little imagination it can be made into a very nice model. Beginning WWI aircraft modelers won't have any trouble with it as the rigging is minimal, the fit is good, and painting is simple. The only real drawback is the rather simple cockpit, but with some work this can be easily fixed. It's also a great model for super detailing if desired.