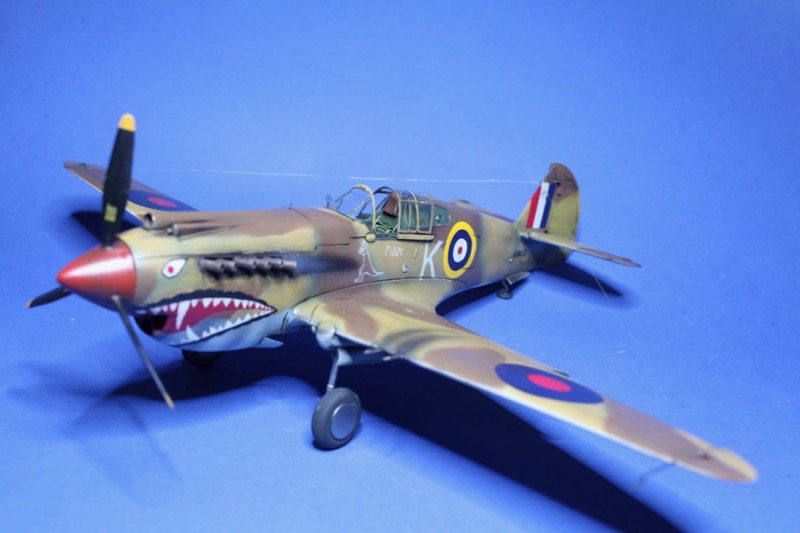 No. 112 Squadron was a squadron of the Royal Air Force. It served in both the First World War and Second World War and was active for three periods during the Cold War. It is nicknamed "The Shark Squadron", an allusion to the fact that it was the first unit from any Allied air force to use the famous "shark mouth" logo on Curtiss P-40s. Inspired by the unusually large air inlet on the P-40, the squadron copied the "shark's mouth" logo painted on some German Messerschmitt Bf 110s of Zerstörergeschwader 76 earlier in the war. (This practice was later followed by P-40 units in other parts of the world, including the Flying Tigers, American volunteers serving with the Chinese Air Force.) I decided to use Trumpeter’s P-40B. It is generally accurate but needed a few fixes. The cockpit received the most work as it is too shallow. This needs 8 mm of depth (Figure 1) and so everything else follows from that (e.g. the seat back was extended by 8 mm using copper sheet, Figure 2). The pictures should be fairly explanatory. The Allison engine was to be used in my Apache A-36 (seen elsewhere on this site, Figure 21) and so a new exhaust array needed to be made from brass tube soldered onto a brass bar (Figure 8). The British style pitot tube was soldered brass stock (Figure 11). The roundels were from the kit or spares file but everything else was handpainted. The shark mouth is quite different from the AVG one but the family resemblance is intriguing (Figure 10). 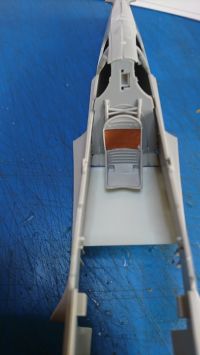 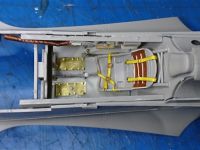 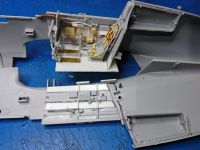 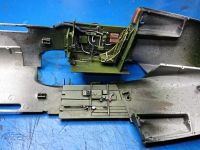 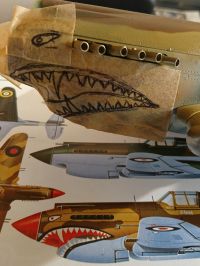 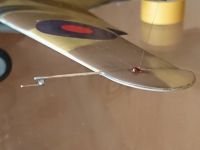 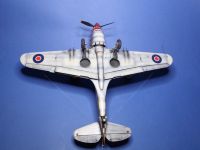 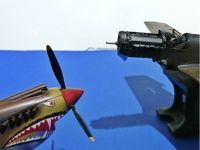