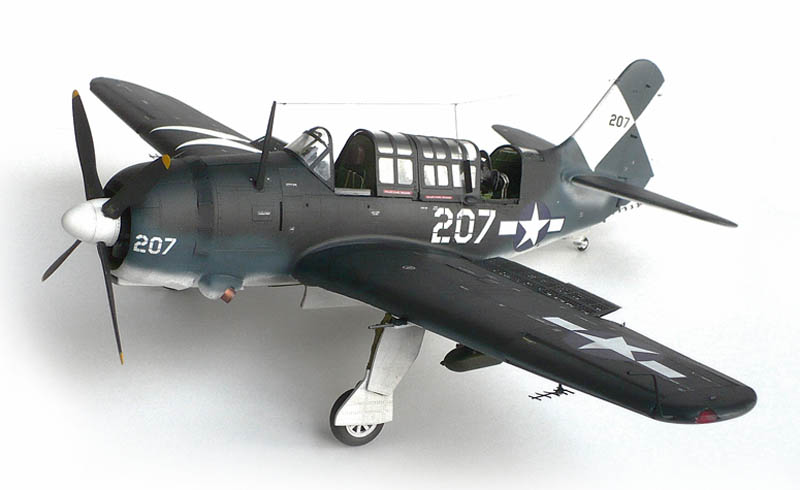 With over 250 resin parts and hundreds of photoetched parts this kit is not for the weak. The resin parts fit was reasonably OK with no real issues other than the ones one would expect with a resin kit.

The most difficult part was building the all photo-etched dive brakes. If ever there was a new term for the word fiddly this was it.