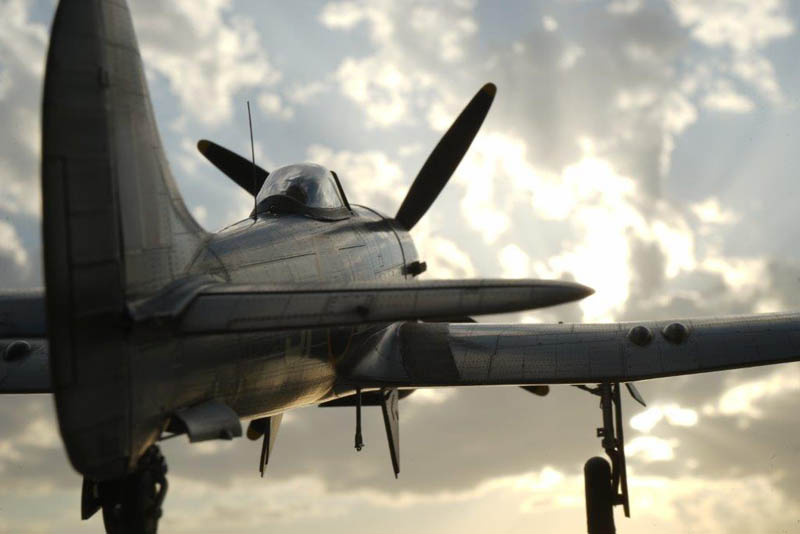 Here are a few pictures of my "Special Hobby" Tempest MkV in 1/32 scale.

She is under the painting of one the Pierre Clostermann's machines marked "JF-E" during his time in the 3rd squadron (from mid-March 1945 until the end of the war).

With this plane (NV-994) he shot down a Bf 109 on March 14th before successfully doing a night belly landing on March 28th, following which the "Tempest" ended up good for scrap.

This a superb model with an amazing level of details but its assembly is quite demanding and definitely not for beginners: there are in particular a few fitting issues and some of the instructions are not always very clear, but nothing that patience and method can overcome.