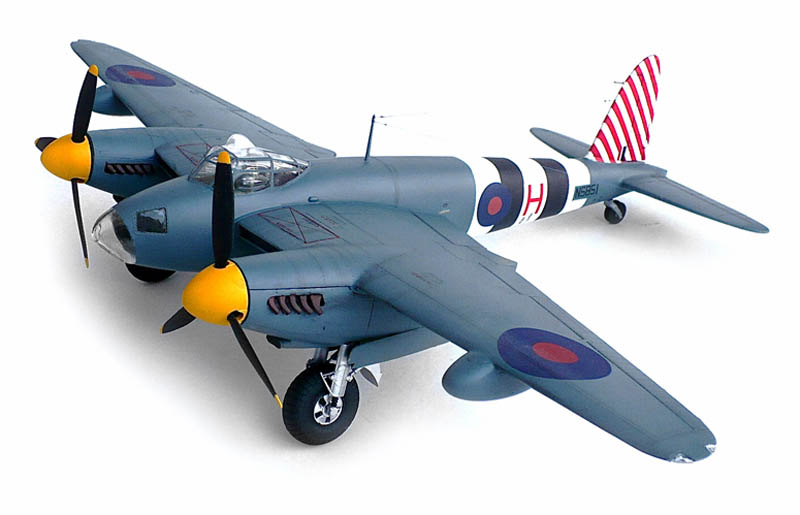 Ah yes! Yes olde Revell. I would have to say that out of the old Revell kits that were first released in the ’60s the 1/32 scale Mosquito Mk IV kit (converted to a PR Mk XIV) is my favourite, and I think it holds up pretty well considering its age. The slipper tanks are from Paragon.

The red and white stripes on the tail were there to keep the aircraft from being confused with a Messerschmitt Me 210. I know I can hardly tell them apart. I guess when everything is moving at around 400mph things can get confusing.