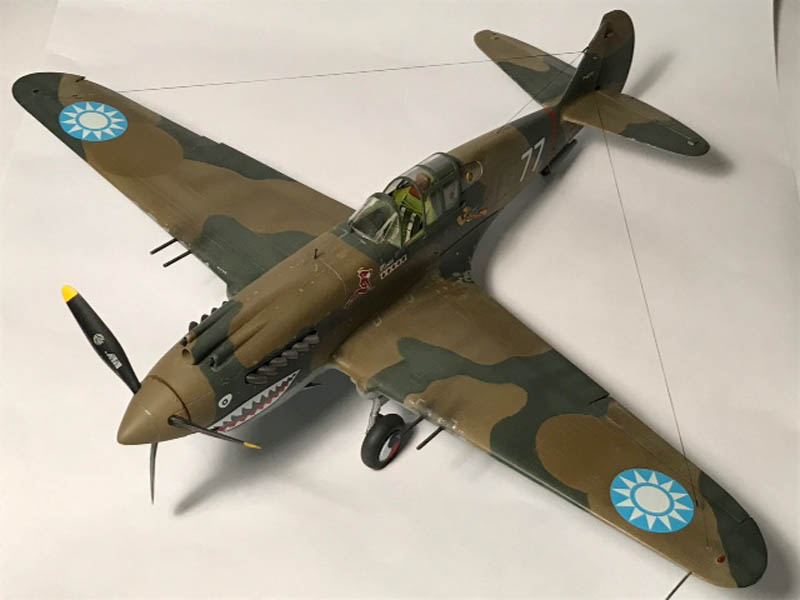 Robert Tharp ("R.T.") Smith joined the American Volunteer Group, otherwise known as the "Flying Tigers" in July 1941. Nicknamed "Tadpole" Smith by Tex Hill, another famous early AVG pilot, Smith flew in Burma and China with the AVG until they were disbanded in 1942, and is credited with 9 Japanese aircraft. Lucky for us, Smith is also responsible for providing many of the photos documenting the AVG while they were in Burma in 1941 and 1942. Also known as "Round Trip" Smith after transitioning back into the US Army Air Corps in 1942, he went on to fly P-38s, P-51s and B-25s until the end of the war. In one famous incident, he "accidentally" buzzed Lord Mountbatten when the latter was giving a speech as the Supreme Allied Commander of the CBI (China-Burma-India Theater). During, and after the war, he was a writer and advisor for several radio shows, movies and western serials in Hollywood. He published his own book called "Tale of a Tiger" and wrote articles for "Air Classics". He retired from the Air Force Reserve as a Lieutenant Colonel in 1966. He flew for Trans World Airways, worked for Lockheed as the military sales representative for the F-104, and became a Vice President of Flying Tiger Airlines. Smith died in 1995 at the age of 77—the very number assigned to the Curtiss P-81 he flew while in the AVG.

The "Flying Tigers" are synonymous with the "P-40", but the aircraft flown by the early Flying Tigers was not really a P-40 as much as it was a "hybrid" known by its pilots as the Curtiss Model P-81-A3—a cross between Curtiss's "export" fighter, and the British RAF "Tomahawk" IIB. We call it the "P-40C" here in America, but that's only accurate for the US Army Air Corps designation of aircraft built under Army contract. The P-81-A3s were a "stripped down" version supplied to the AVG. The 100 AVG P-81s delivered in 1941 were originally intended for the British RAF, and were designed to British specifications without gun sights, armament or radios. They were clandestinely "diverted" from the Curtiss (with tacit permission from the British) and delivered to the AVG, who had to assemble and equip them with Nationalist Chinese procured parts. Assembling, maintaining and keeping them in the air proved to be a constant effort, and by some accounts, fewer than 79 of them actually made it into combat. Some of these aircraft were equipped with civilian radios from Piper cub commercial aircraft, and they differed from later models of the P-40 in that the guns were serviced from beneath the wing, which is a detail overlooked in most kits of the famed "Flying Tigers". The three squadrons of Flying Tigers ("Adam and Eves", "Panda Bears" and "Hells Angels") had slight variations in "Shark-mouth" markings and different mascots for each Squadron displayed in different locations on the fuselage. Later, a Walt Disney designed "Flying Tiger" decal was applied to the rear fuselage on some aircraft. R. T. Smith's P-81 (serial P-8173) was number 77. He was a member of the "Hells Angels" Squadron, which had either a standing or seated "red she-devil" displayed on the forward fuselage. We have "Tadpole" Smith's photos, articles and recollections to document many of the aircraft of the AVG, so thanks to him for recording this unique period in aviation history.

Trumpeter marketed their P-40C in RAF and USAAC boxings, and later their kit was re-boxed (at a lower price point) by HobbyCraft of Canada for a Western Desert Tomahawk IIB or a Flying Tiger P-81. Overall, the kit is accurate in shape, has a detailed engine, and is "mostly" accurate for a P-40B/C, or P-81 with a few modifications. The biggest problem with the kit is the "shallow" cockpit, with incorrect "depth" of the cockpit floor, which in turn makes the sidewalls, seat and instrument panel undersized. The real P-81/P-40B/C used the wing top as the cockpit floor, and was much "deeper" than the kit supplied cockpit. Also for an AVG P-81-A3, the wings have incorrect panel lines depicting the ammunition and gun servicing panels on the top of the wing surface rather than on the underside. Eduard makes a very nice detail set for the Trumpeter Tomahawk kit, which when combined with some simple scratch building, will correct the cockpit issues and add some overlooked detail.

This was the first "large scale" model built after I retired from a 30 year active duty career in the US Army. My previous experience had been with the Revell 1/32 scale fighter "collection" (Spitfire, Bf 109, and Stuka) from the 1960s. I'm happy to say a lot has changed in the modeling world in the intervening 50 years since those early Revell large scale models! Finished in 2008, the model sat quietly in my display case for several years while I pursued my "first love" of WWI biplanes. Even with modifications to the cockpit, Trumpeter's kit was an easy build and took me about 50 total hours to complete over a couple of months, which is a "blistering" pace for me. After more than 35 years away from the hobby, it provided an easy transition to get back "into the groove". This was a great model to start with. 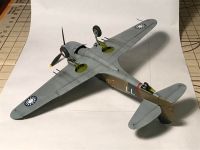 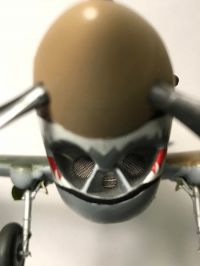 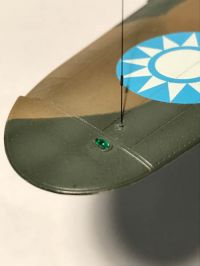 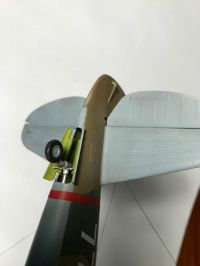 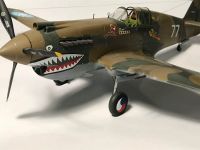 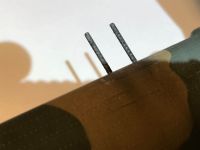 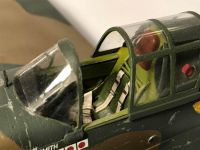 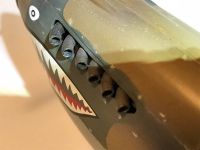 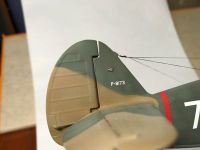 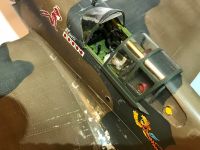 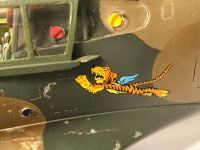 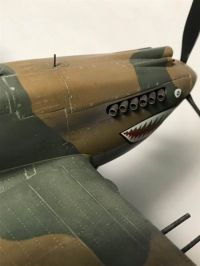 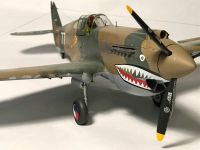 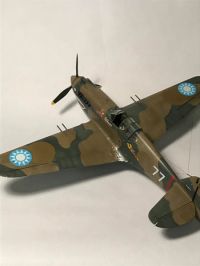 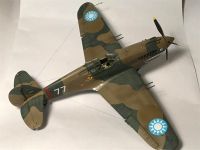