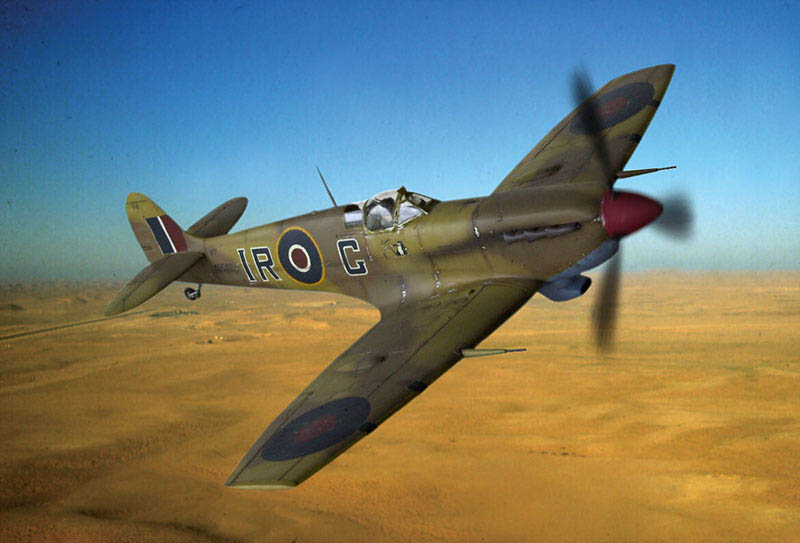 This all took place about 25 years ago. As a similar editorial project about digital dinosaur recreations I had done had proven remarkably successful - with several books and apps utilising my photographic creations - I thought about marketing a similar one about WWII warbirds…that is, digitally blending photos of my hopefully well-detailed 1:32 models with appropriate background photos (with a few digital special effects added) to realistically recreate in color aerial battle scenes and dogfights as they might have taken place in the skies of Europe and Asia between 1940 and 1945. I imagined such a project might have appealed both to WWII fans, to warbird aficionados and above all to modellers, but I was apparently mistaken, as the book project (which should have featured between about 50 of WWII’s most famous airplanes) was readily rejected by most publishers after having put out feelers on the market. Oh well - this is what is left of my idea, when such images were still a pioneering novelty (now no one bothers with building actual models nowadays - planes, skies and effects are all simultaneously generated by computer!). The images I created to sell the project - all attempting to be historically correct recreations - featured a Hasegawa 1:32 Fw 190A attacking a flight of Academy B-17s over Europe, a Hasegawa 1:32 Hellcat downing a Hasegawa Kawanishi H8K over the Pacific, a Nichimo 1:48 Nick/Toryu attacking a flight of Academy B-29s over Japan, a Doyusha 1:32 Zero downing an Academy P-38 over Papua New Guinea, a Hasegawa 1:32 Spitfire VB Trop flying over the sands of Egypt and a Revell/Monogram 1:48 Me 410 attacking a flight of Academy B-24s over Germany. They were all liked and found to be quite realistic, but the project soon floundered for lack of a market.