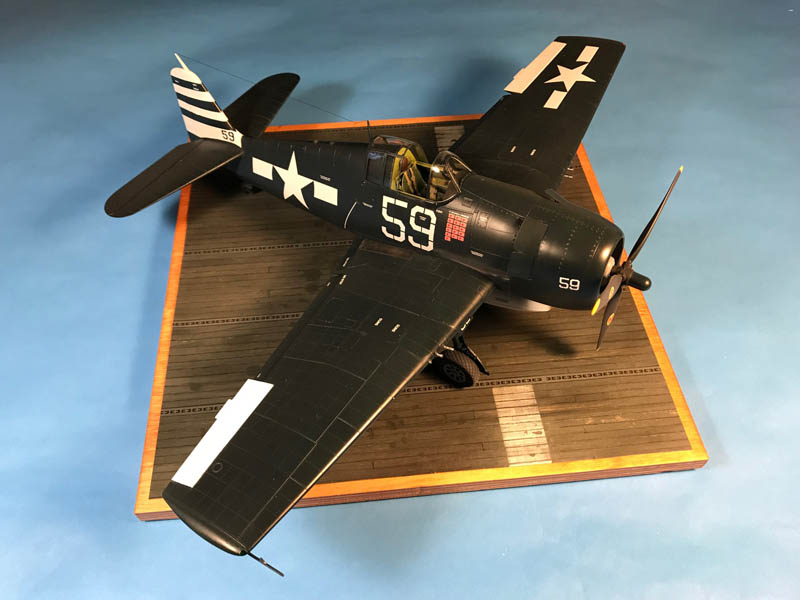 In the past year I’ve built several Trumpeter 1/32nd scale kits and I can say that the F6F Hellcat is one of their better models. It does have its share of problems:

I did not have any real problems building the kit, though I did spend quite a bit of time making sure the outer wings mated up to the center section pieces smoothly. Ditto on the gun bay doors which I elected to close. Things that I did do to improve the kit were:

To paint the model, I used Model Master’s Gloss Dark Sea Blue enamel thinned and then sprayed on in several sessions. After over coating the model with Future and applying the decals, I sprayed the model with a satin clear coat to tone it down for a more scale appearance and to blend everything together. Photos show the F6Fs flown off the U.S.S. Randolf to be in pretty good shape, so I kept the weathering to a minimum. 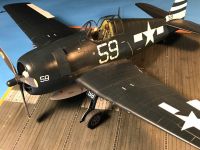 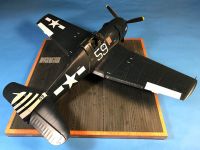 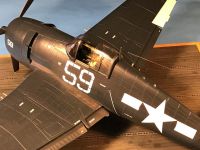 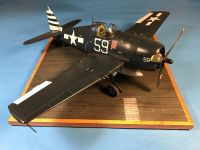 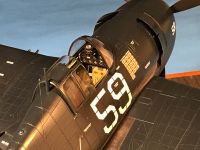 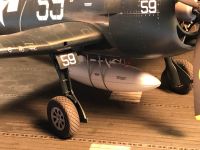 This was a really nice build and I can highly recommend any of the four 32nd scale F6F Hellcat kits that Trumpeter has released.