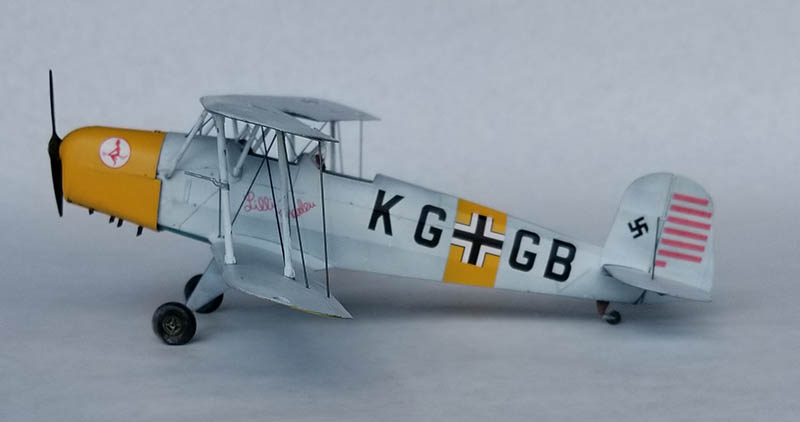 The kit comprises three gray color styrene sprues and one clear sprue totaling 65 crisply molded parts. Fit of the parts is superb. I did not use any filler at all. Care must be taken however to clean the sprue gates and to not misalign parts during the build.

Before I removed any parts from the sprues, I used a rotary tool to thin the plastic on the inner face where the rigging wires attach. I then drilled holes for the rigging. In this scale, I like to use unpainted .020 steel piano wire.

The attachment points for the rudder and elevators are to scale and fragile. I glued them on just before painting and decaling. (Note that the decals do not include swastikas for the fin.) The cockpit doors are separate pieces, so they can be glued flipped down, put there are not any positive glue locations to do so. A lovely engine is included and you have the option to remove the cowl panels as you wish to show it off. I didn’t bother because the exhaust manifold does not attach to the pipes, nor does the prop shaft connect to the engine. I assembled and painted the cowl separately and glued it on at the end. 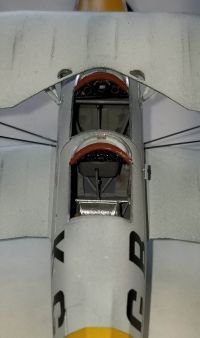 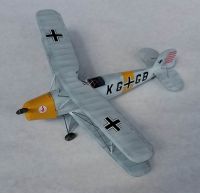 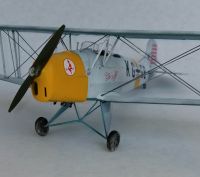 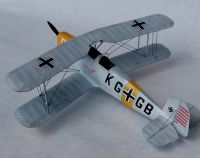 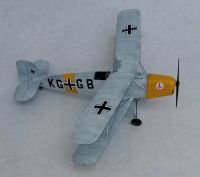 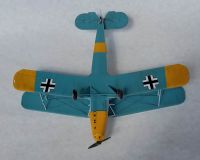 I found this kit to be a lot of fun to build Out Of the Box. I spent about the same amount of time painting the winter scheme as I did assembling the plane.