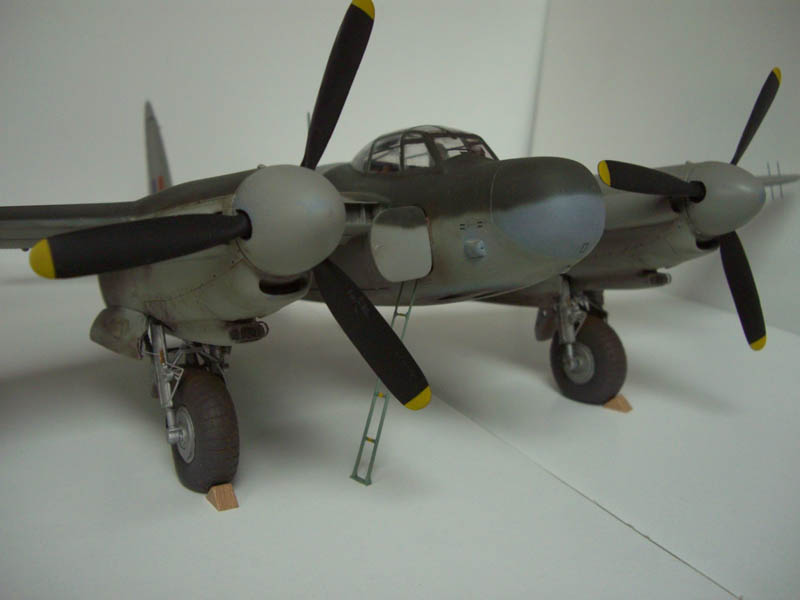 This model was built using The Revell Mk IV kit. I used a Paragon interior, Grey Matters 2-stage engine set with the paddle blade props, tires and wheels from Paragon, the Paragon early fighter vacuform canopy was used also for the major components. Eduard interior parts and Barracudacals Mosquito cockpit and exterior data decals. Tamiya spray can, Model Master sea grey medium and dark green used for the exterior. Roundels and fin stripes are from different sheets. I made up code letters on the printer. Oils and pastels used for weathering. The aircraft features the markings of Archie Harrington. He was an American pilot assigned to the RCAF. He became an ace within an RCAF squadron in England. 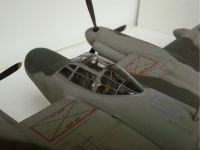 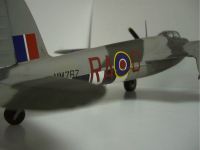 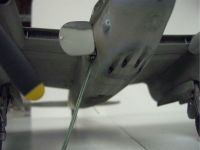 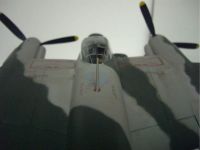 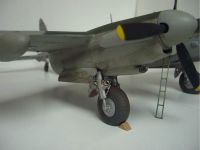 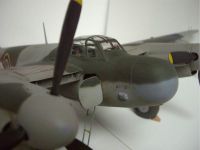 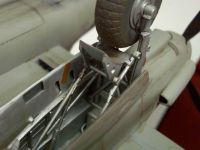 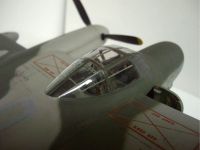