This Ki-43 was supposed to be a quick weekend project, but it ended up taking me a couple of weeks, as I ran into some trouble. This particular boxing was one of the limited edition versions that came with a replacement resin cowl. The new cowl, while not exactly "correct", was still an improvement over the original kit part. However, that was not to be, as I found out that the resin part had either shrunk significantly, or was never quite large enough to begin with (kind of leaning toward the latter). So, I used the original plastic cowl, instead, but did a few modifications in an attempt to improve its looks. Not sure if I accomplished that, but it made me feel better, anyway. I sanded about a millimeter off the front face of the cowl to shorten if a touch and then recontoured/opened up the opening, itself, to round it back off again. The next step was to improve the looks of the intake by building it up with Milliput and sanding it smooth. Hardly noticeable unless you're looking for it. But, again, it made me feel better. 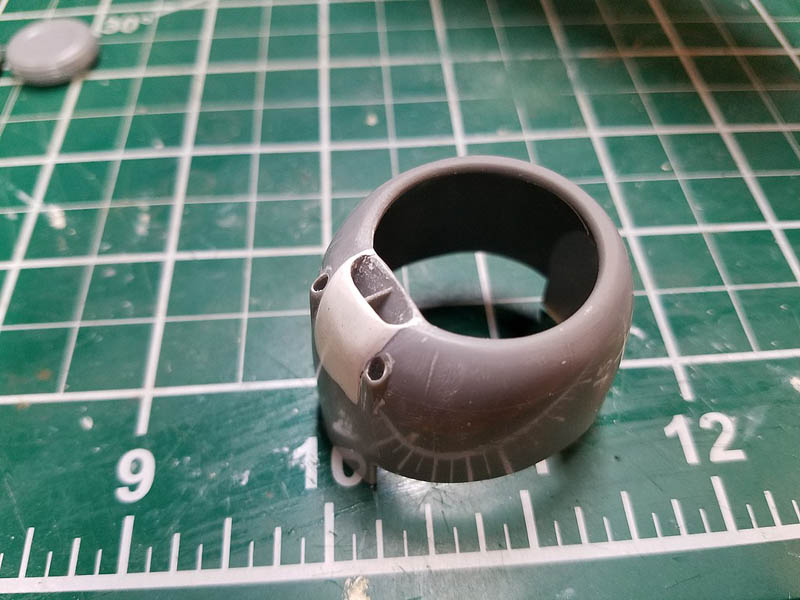