Overall a really nice kit with very few issues. Added some Eduard photo-etch in the cockpit and oil cooler, resin exhaust pipes, Aires wheels, wire brake lines and HGW seatbelts but otherwise out of the box.

The trickiest part was the white dive angle markings on the nose. Instead of being one big sheet, each line was individual but connected to the centre and aligning them took some time.

MRP paints and the decals are from the ICM I-16. I bought Maketar masks but found them too fiddly to get proper consistent alignment with very thin lines at the edges.

The Eduard set came with clear windscreen inserts with the alignment markings. I tried fixing them in place with Future - it took a week not to dry, Tamiya X-22 - it didn't look all that flash and in the end settled for some Wing Nut Wings decals - the line between the different aircraft markings on the sheet. Worked a treat. 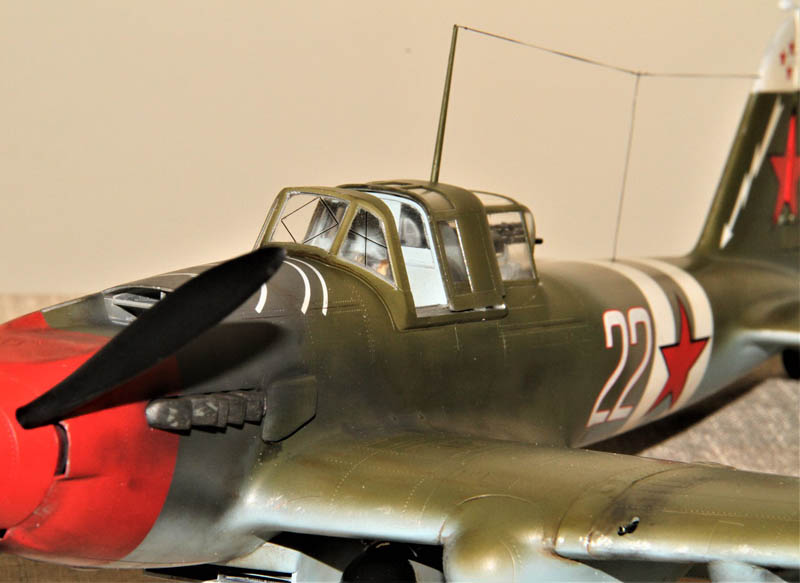 Dirtied up with oils and pastel dust. The tail wheel is fragile and broke off. Ended up drilling out the main leg and inserting a pin. I think it is strong enough. 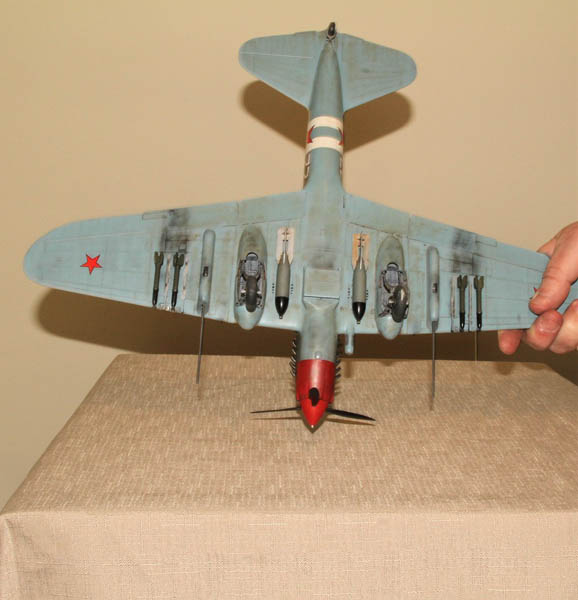 I was fairly concerned about breaking the big cannons which had to be inserted into gondolas and attached to the wing before painting. I cut the barrels off, drilled a suitable hole in each cannon and they just slide in now. Small machine guns were made from brass rod. Ezi line for the aerial.