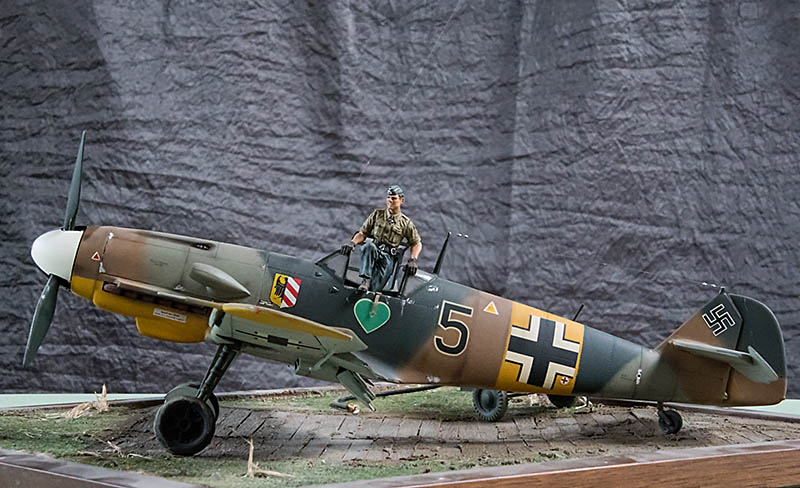 Another very old vignette of mine dating back to the mid ‘70s, now offered as a curiosity for simple nostalgia and documentation value. Russia, summer 1941 – a triumphant I/JG54 pilot emerges from the cockpit of his typically field-camouflaged Messerschmitt Bf 109F-2 after a successful sortie over the steppe. The white metal figure is from the beautiful and well-detailed Ulrich Puchala range, while the model is the now ancient and incredibly primitive by today’s standards Revell 1:32 Messerschmitt Bf 109F, originally released in the late ‘60s and then many times reborn as a G under different reboxings. The kit has a desperately long list of faults – problematic outline, lack of details, molded-in control surfaces, featureless landing gear wells, misshapen propeller blades, sparse and underdetailed cockpit – so modeling one was a true work of love, as at the time it was the only model available in this large scale of Willy Messerschmitt’s legendary fighter in its (very generic) F and G incarnations. All control surfaces – ailerons, flaps, underwing radiator shutters, rudder - were carefully cut out and repositioned, wing slats were separated and lowered and the airframe was completely and carefully rescribed. Those were the times!