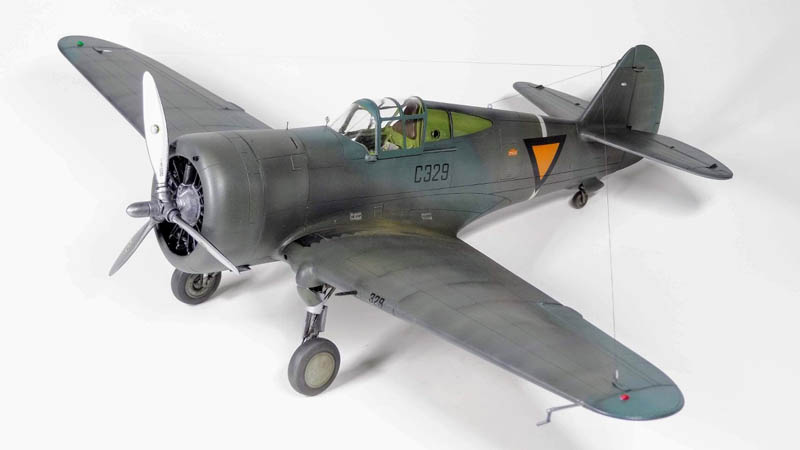 The September 1939 campaign in Poland made it clear to the Dutch that they are completely unprepared for the conditions of modern war. They needed fighters. However, the queue with orders for the fighter aircraft was already long. France, Great Britain did not have much to offer for sale, they were in need themselves and bought them in emergency mode. The United States became the natural direction, where at the last moment Dutch managed to buy 24 Curtiss H-75 in the A7 version, for which the base was the A4, equipped with a powerful and light, yet capricious, Wright Cyclone engine - but also the fastest version of the P-36. They were produced in parallel with machines for France. However, before they reached their destination - the Netherlands fell under the attack of the Third Reich.

The Hawks were therefore sent to the Dutch East Indies, to Andir (near Bandung), where they arrived in May 1940. After being assembled, flown and painted, they were sent to Madiun (East Java), where they were to defend the Surabaya naval base.

The Dutch Hawks' service was short and lacking in success.

After the Japanese attack on December 7, 1941, the aircraft were sent to Sumatra. They were flown from there without successes, but with victims, one of which was the pilot of the plane that you see in the gallery. On December 21, 1941, two Hawks collided during the take-off to the combat action over Western Malaya. Sergeant Paulus Casper van Breen, then a 24-year-old ML-KNIL pilot, sat behind the controls of one of them, with the serial number C329. He died on the spot. 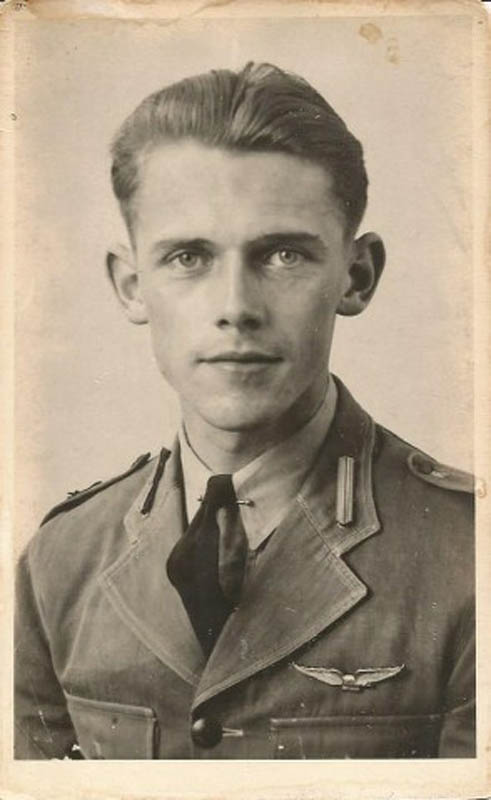 After the fall of Sumatra, at the beginning of February 1942, the aircraft were re-directed to Madiun, where they unsuccessfully tried to stop the Japanese air raids on Surabaya, which, however, in fights with the Zeros only resulted in the loss of five more machines and further casualties.

Other planes were grounded due to defective engines and lack of spare parts, and after the Japanese invasion of Java, destroyed by the Dutch in early March 1942.

The Special Hobby's kit is well worth the manufacturer's brand. Special in every aspect: quality of the molds, fit, level of details, accuracy. And isn't our hobby (inter alia) a struggle against the efforts of producers, how to do something wrong, if it could be good. So everything is all right. If you are interested in details and have strong nerves, please look for the workshop thread.

The construction process was marked by numerous problems, caused by myself. First the fuselage broke twice where it was connected to the engine cowling, then after assembling the airframe and painting, I dropped it on the desk and the instrument panel inside fell off. Reinstalling it perfectly did not succeed, poor access, but I didn't want to make such a large step back and brake the fuselage into halves. Decals were too transparent, had to overpaint them. I broke one leg of the landing gear, lost one gear leg cover (the one in the front of the gear nacelle, finally I made them both of an aluminium sheet obtained from a tin of Felix peanuts), I lost the fuel filler cap too, replaced with a scratch-built one. At the end I unfortunately grabbed it with dirty fingers and the marks had to be removed.

But finally, here it is. Here it is and it proves that even with medium abilities and skills in the use of putty and file, this model can be put together. And this is probably the most important thing.

Few things added: rivets, missing panel lines, modification of armament in the wings, antenna mountings on the wings, vertical stabilizer and fuselage, 0.2 mm Uschi van der Rosten antenna cables with insulators made of hygienic stick stretched over fire (does anyone use them for any other purpose?), wheel well covers from CMK resin, barrels from Master. The rest - straight from the box.

Painted with MRP paints. Colors according to the AJ-Press monograph: old leaves - early US Olive Drab, young leaves - early US Medium Green, underside of wings and horizontal fins painted silver, with upper surface color over the leading edge. In combination with the orange markings - it looks very nice and different, I think. 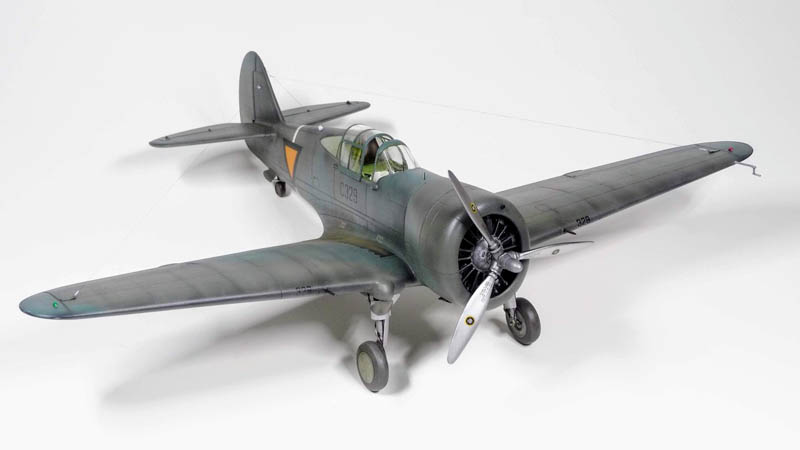