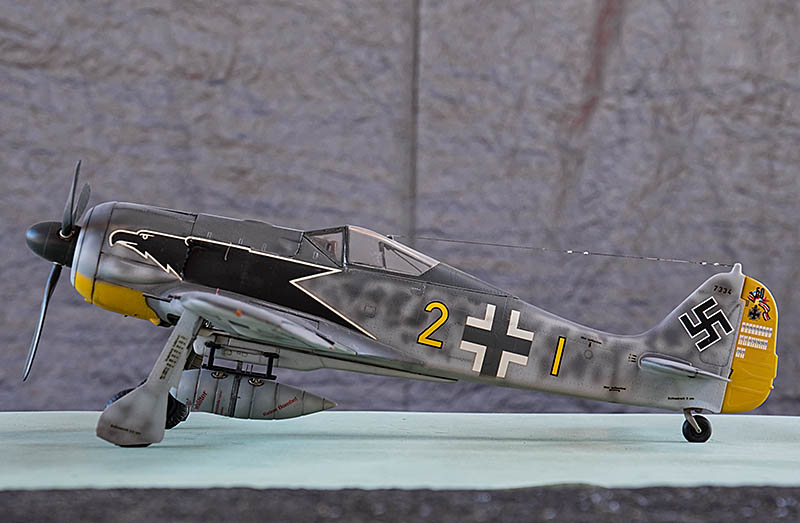 My 30-year old build of Airfix’s venerable 1/24 Fw 190A-6 in its first boxed incarnation, assembled and finished OOB as 102-victories Luftwaffe ace Josef Wurmheller’s mount with Jagdgeschwader 2 "Richthofen", based in Beaumont-le-Roger, France, 1943. With its stark, black-and-white and highly stylized eagle profile, I like to think of this as Kurt Tank’s groundbreaking “Wurger” definitive and most striking livery. I built the kit a long time ago when information was still rather sketchy, so its main faults stand uncorrected – the propeller assembly standing proud of the cowling an extra full 5mm is quite visible in views from above. The only “A” version of the Fw 190 currently offered in this scale, the kit suffers from badly fitting cowling parts, an overlong engine assembly and a slightly wrong rake of the undercarriage legs, but when finished properly it can still result in a beautiful replica of one of WWII most iconic and graceful fighters.