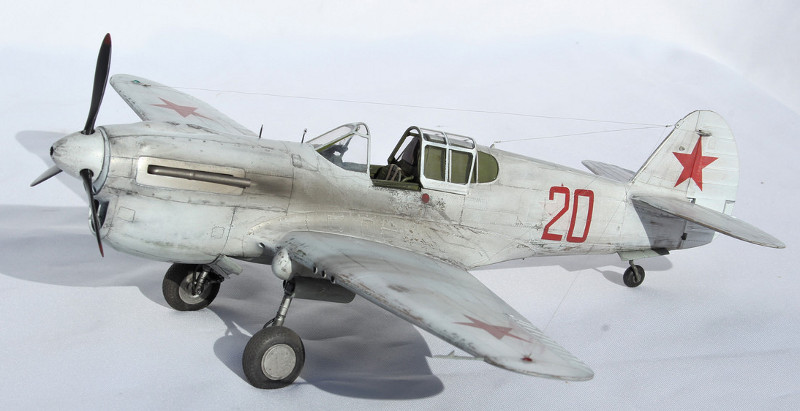 This is the Hasegawa 1/32nd P-40E modified to be a lend-lease aircraft for the Soviet VVS, which they eventually re-engined with the M-105 Klimov engine.

As there is very little info available on these planes, I took some liberties. Here is the basic premise:

Here is the Work in Progress Thread: Russian P-40E with Klimov M-105 Engine.